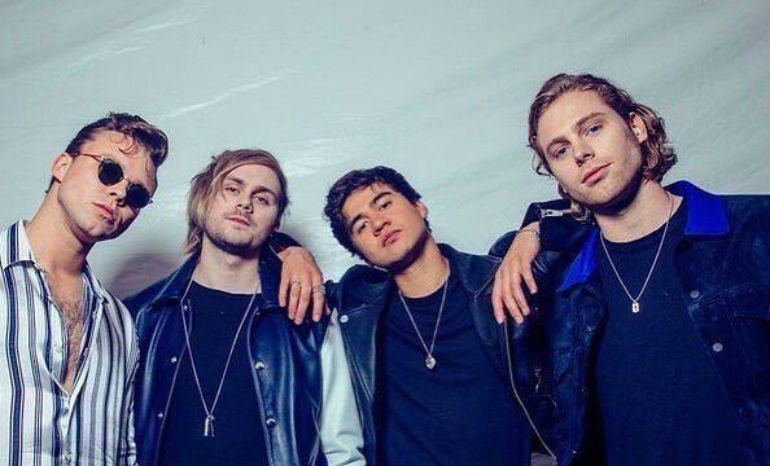 As 5 Seconds of Summer touch down for the U.S. installment of their promo tour 5SOS3, fans are raving about the boys finally releasing new content, especially the music video for their latest single, “Want You Back.”  To get you in the mood for tour, let’s take a look at our top five 5SOS videos… shall we?

Starting with the band’s first single from their debut album in 2014, “She Looks So Perfect” is the song that most people know the boys for. The well-known video features people stripping down to their underwear, basically saying the everyone is perfect in their own way. The video shows people of all shapes and sizes throwing their clothes in the air, and we’re SO here for the message and vibe.

Taking place in a reform school for “bad girls,” the boys pose as a classical music group until they get inside and start rocking out. Ultimately, they cause all of the girls in the school to rebel as the video progresses. This video is just a lot of fun, and Calum in a snapback is always a plus!

From the soundtrack of the most recent GhostBusters movie, 5SOS dressed up and went ghost hunting on this amazing adventure. With look-a-like characters and Michael in a Marshmallow Man suit, this video is definitely one to watch.

Featuring adorable graphics and 5SOS trying to build some kind of vehicle, this video accurately depicts most of the lyrics from the song, along with clips of the band singing on a moving float.  Rocking out with lights, close-ups, and the personality of 5 Seconds of Summer, this video is definitely one that will get you moving around!

Bringing it way back to the band’s EP days, the music video for “Try Hard” was released in 2013.  This video features multiple shots of the boys goofing around an amusement park and footage of them playing the track live at a show in an intimate venue. We love it!

BONUS: Check out their newest video, “Want You Back”, HERE:

What are your favorite 5SOS videos? Let us know in the comments below or tweet us @soundigest!