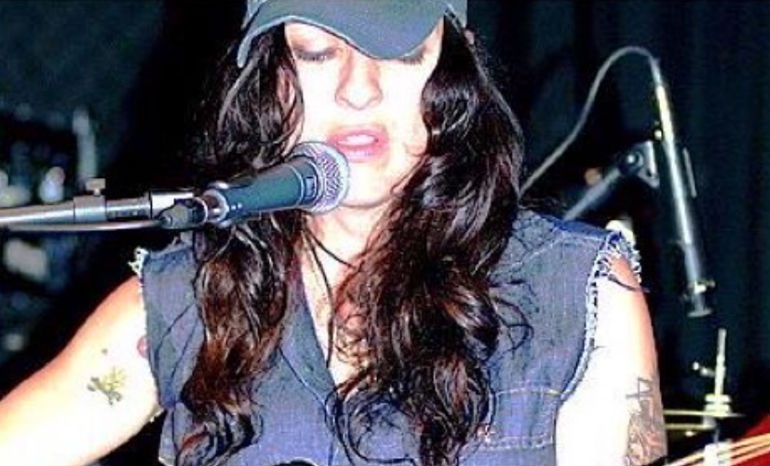 Rock ‘n roll lost a great talent last year, but her legacy will live on. Tia Sprocket was a force to be reckoned with. She was a talented singer, songwriter, bassist, drummer, and actress who in the ’90s and 2000s built quite the résumé. She was the first and only female drummer to play with the metal band Ministry, the first bassist in singer-songwriter Shooter Jennings’ band, played bass in the alt-rock band Luscious Jackson, toured with Hank Williams III, played drums for punk band Sexpod, and even appeared in the Gina Gerson/Drea de Matteo movie Prey for Rock & Roll. She was a quintuple threat.

Aside from working with bands, Sprocket also created music for herself. During the mid-2000s, she recorded a large catalog of songs that showcased her vocals, songwriting, and drumming. Unfortunately, even while excelling in her career, Sprocket struggled with addiction and sadly lost her battle in early 2017.  She left behind a plethora of unreleased songs that hadn’t been heard by the public until now.

Sprocket’s posthumous EP Lady Jane was released this year and features 4 tracks that are gritty and dig deep into your soul. It was remastered by Dave Collins (Jane’s Addiction, Black Sabbath, Madonna). She was heavily influenced by ’70s rock and blues music, which is shown throughout this EP. The title track shows off Sprocket’s powerful rock voice, which is something that’s lacking in music nowadays.

Throughout the EP, her voice is reminiscent of Joan Jett, Tracy Bonham, and Bishop Briggs. “Lady Jane” showcases her layered harmonies and has a cool southern vibe. “90,000 Volts” has influences from the punk/garage era, and the reverb in her voice is infectious. If grunge and ’70s blues rock had a baby, the result would be the third track “Bad Seed.” The final track, “Earth,” shows off a slower side to her music with a raw rock ballad.

Shooter Jennings, musician/label head Marc Sallis, screenwriter/journalist Caroline Ryder, and Sprocket’s mother all pitched in and did whatever it took to get Tia’s music out to the public when she passed. At Sprocket’s memorial, her mother said, “We are lighting a candle in honor of Tia and those who struggle with mental illness and addictions, in a world where there is so little refuge for them and so little opportunity to get care and assistance. This music, we hope, will provide some hope in the dark.”

Although the Lady Jane EP is out now, the full length album is due out later this year with all proceeds going to help the homeless, with which Sprocket struggled for a period of time. RIP Tia.