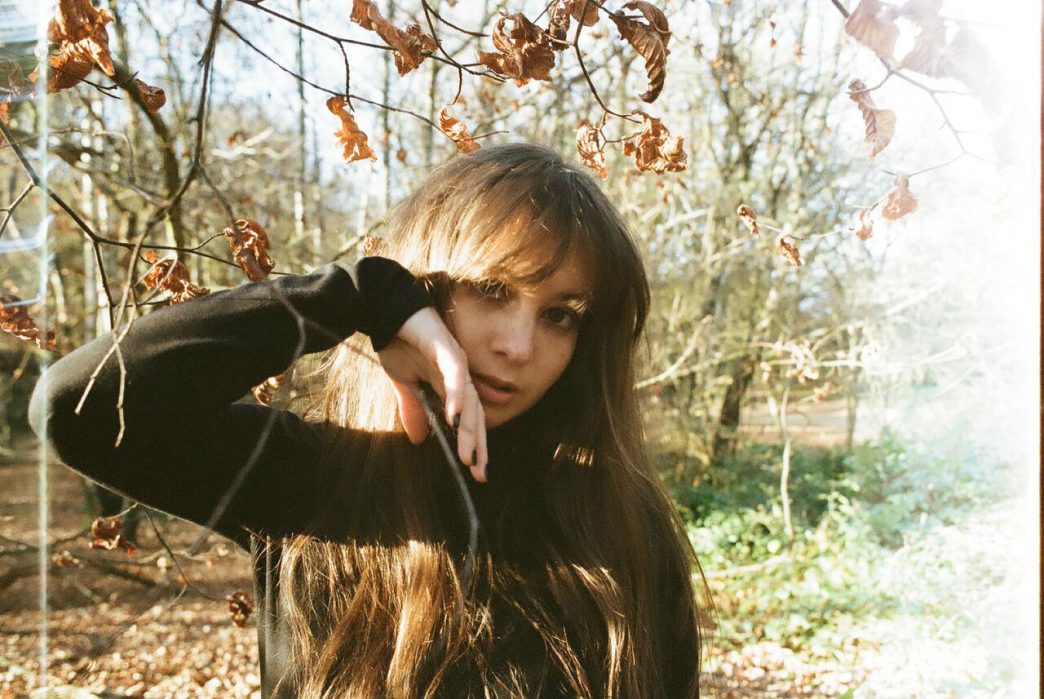 Singer songwriter, Emma Taylor, talked to us about maturing as an artist and how she has evolved from her debut EP, “Hazy,” to her new single “My Dear.” Born in Los Angeles, Taylor moved to New York for college which prompted the writing for her debut EP. This time around, she’s expressing different changes, like evolving as an artist and experiencing challenges in her love life. Making a dent in streams last year, going from 8,000 to 55,000 overnight with her song “New Found Sound,” Taylor is back for a new chapter in life, and, of course, new music.

Who would you say are your artistic inspirations?

First and foremost, Joni Mitchell. She’s my complete idol and the reason why I got so serious about my songwriting. Not only are her songs so unique and honest, but her melodies and her vocal capacity is unlike anyone else I’ve ever listened to. After her would be a singer-songwriter
from London named Lucy Rose. She’s incredible and if you listen to her music you’ll hear a prominent influence from Joni Mitchell as well. Her music is not only catchy, but her lyrics are so well thought out and have the ability to be extremely impactful. I love her, she’s someone I dream of collaborating with.

If you had to describe your music to someone, what would you say?

I often say that I play ‘sad girl music,’ which actually really describes what kind of music I do. I’m not a sad person during my day-to-day life, but I guess when I say sad I just mean emotional. I like the term because it helps put a fun spin on the fact that my music is expressive, slow tempo, and honest while still being relatable to so many different kinds of people. On top of that, I would describe my music as indie-acoustic with a huge emphasis on guiding my listeners through a musical journey with winding melodies and truthful lyrics.

How does it feel to have reached over 55,000 streams almost overnight on your song “New Found Sound”?

When I first found out, it was summer and I hadn’t checked my streams for a week. I got a text congratulating me on the play count and I had no idea until then that it happened! I was on the verge of tears, especially because New Found Sound was the song I was most connected to and felt so passionate about. Since then, it really has been so amazing to see how my song has resonated universally with a vast audience. It gives me confidence for my future songs and reassures me that even though my genre is not necessarily ‘mainstream,’ it has the ability to move people all over the world.

What do you hope your fans take from your music?

I want my listeners to feel something when listening to my music. I write my songs to help me get through tough times—it’s my version of therapy, so if I can be honest about my experiences and help others feel like they are not alone in their hardships, then that means I’m doing
what I sought out to do. If my listeners can feel any deep, vulnerable emotion through my music then I know I’m doing something right.

What was your process for making your debut EP “Hazy”?

The process, from the beginning, was very organic and came about quite naturally. I never sat down and decided that I was going to make an EP but it was always something I knew I was going to do at some point. It really became apparent that I could successfully create an EP when I started college. Moving from LA to NYC, I wrote a lot of songs because the transition was very emotionally challenging for me. A lot of those songs blended really well together and at that point I knew I could create something pretty powerful. I already knew I wanted to work with Adrian Cota as my producer, and he brought on my engineer, Dhruv Agarwala, and the three of us just came together, connected, and worked on the record on and off for about a year. Hazy is really the story of my struggles finding myself and coping with transitional periods in life. It was a very eye-opening project for me.

What can you tell us about your new single “My Dear”?

I wrote ‘My Dear’ recently when I went to London and was experiencing a lot of change in my life, particularly in my relationship. I had heard so many times prior that things were going to get better and that it would all work out, so I wanted to write a song that would embody that period of realization and optimism while still emphasizing that things might not work out. I feel like it’s a really relatable subject and it’s my hope that ‘My Dear’ can bring some comfort to those in similar situations.

If you weren’t playing music, what do you think you would be doing instead?
I would be a baker, hands down. If there’s one thing you should know about me besides my music it’s that I am a complete foodie, more specifically a junk food fanatic. I love baking and my mom is a chef so I think I have the baking gene in me. I’m also obsessed with baking shows, which leads me to believe I’d be a baker in another life.

How do you plan to make your mark on the music scene?
By being me 100% honest and completely putting my whole life and heart into my music and my artistry. I want everyone listening to my music to understand who I am as a person and feel connected to me. As for gaining momentum, I really just want to gig as much as possible, grow my fan base, and build a tight knit relationship with my listeners as we go on a musical journey together.