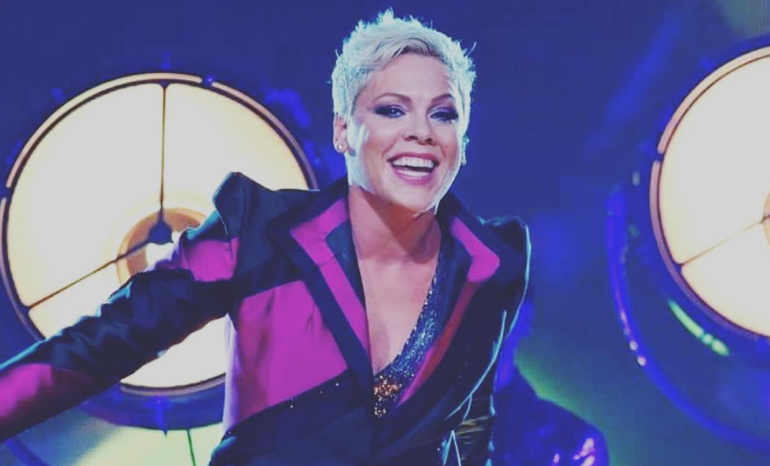 Last week, P!nk forgot her own lyrics midway through performing her hit single “Who Knew” to a packed crowd at Madison Square Garden. In the middle of a verse, she told the audience, “I forgot the words. Sh*t!” However, she didn’t let the mistake phase her. Instead, she dove right back into the chorus and kept the show going. Inspired by P!nk herself, here are five other celebrities who forgot their own lyrics mid-performance. Yikes!

Demi Lovato has forgotten her own lyrics onstage multiple times. However, she most notably forgot the lyrics during a live performance of “Heart Attack” on Good Morning America. Luckily, she was able to recover from the mistake, laugh it off, and get through the performance with a smile on her face.

Ariana Grande has flubbed multiple songs live. Early on in her career, she forgot the lyrics to her song “Right There,” a duet with Big Sean. She joked with the audience that she had just shot the music video for the song the day prior and couldn’t believe that she couldn’t remember the words! Luckily, the audience helped remind her of the words and Ariana laughed the whole thing off.

Justin Bieber notably forgot the words to “Despacito (Remix)” while performing in a club. Bieber sang the chorus in Spanish on the track but did not remember any of the Spanish lyrics while performing, so he joked with the crowd and offended a good amount of people along the way.

Adele forgot the lyrics to her hit song “Rolling in the Deep” midway through a performance in London in 2016. When she forgot the lyrics, she swore “Oh f—!” to the crowd and decided to start the entire song over again to get it right.

And let’s not forget the infamous Mariah Carey performance at New Year’s Rockin Eve, where she claimed that her earpiece was not working and she couldn’t hear the track. This performance was embarrassing for the starlet, who not only did not sing to her full potential but also sang the wrong lyrics. Luckily, she was invited back the following year for a redemption performance, where she proved she is still a force to be reckoned with in the pop music world.

Clearly, P!nk is not the only one to suffer an onstage lyric mishap. Even the most famous pop singers have been known to flub a lyric here and there, which just proves that they’re human! And TBH, we love them for it.