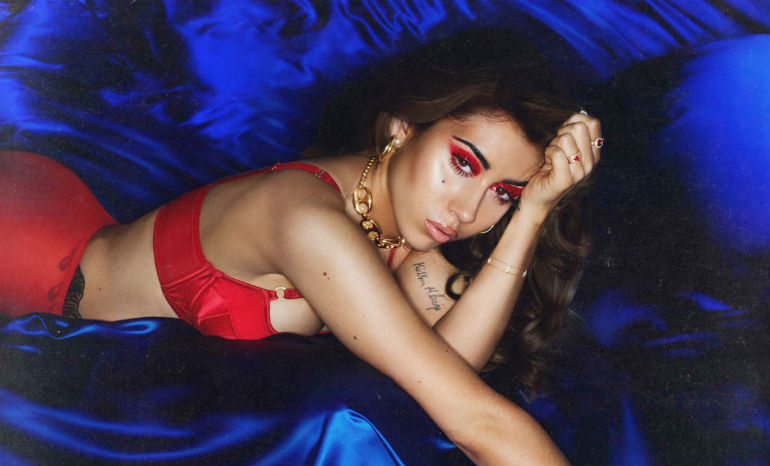 It’s no secret that Kali Uchis has been under the mainstream radar for a few years now. After two of her first projects, Drunken Babble and Por Vida, the Colombian-American singer finally debuted her first (and highly anticipated) studio album, Isolation. Uchis showcases how musically diverse she is in Isolation with many amazing collaborations and features.

Overall, the album is a pleasant surprise with many influences of reggaeton, bossa nova, neo-soul, and psychedelic genres. Typically, Uchis is known for her smoldering vocals and clear cut diction, and often gets compared to the beloved Amy Winehouse. However, Isolation proves that she’s a very multifaceted woman who’s capable of pulling almost anything off. Try not to fall in love as you listen to each of her 15 tracks…

One much appreciated aspect of Isolation is the album sequencing itself. Uchis’ music has that old school vibe that effortlessly weaves you in and out of each song. The entire length of Isolation is incredibly smooth. Uchis sets the tone for the album by taking the audience through “Body Language,” a mysterious yet dainty beginning. This intro feels very flowy and free. It’s a fantastic teaser for the diversity of sounds that are about to hit you on the rest of the album.

“Body Language” fluidly leads us into the second track titled “Miami” (feat. BIA). “Miami” takes a spiteful turn into Isolation as Uchis stunts on one of her exes. One of the most iconic lines on the album takes place in this track when Uchis sings “He said he’d want me in his video like ‘Bound 1’//But why would I be Kim, I could be Kanye.”

Uchis explained this saucy lyric in an interview with Pitchfork. She said, “One of the first times that we met, he said that “Bound” was our song, because it was right when the video had come out, and he was always joking about how I was gonna be the Kim on his motorcycle. The lyric is mostly a little dash at his ego, just like, “I’m not the Kim on your motorcycle, bitch. I’m the one riding the shit.’” She concludes that “That’s part of what was really difficult in that relationship and my first relationship: being a woman who knows what I want out of life and feels very perfectionist about things, the way Kanye does.”

Getting deeper into Isolation, we discover all of the amazing collaborations (some hidden, some not). Isolation includes Uchi’s three singles “Tyrant” (feat. Jorja Smith), “Nuestro Planeta” (feat. Reykon), and “After The Storm” (feat. Tyler, the Creator & Bootsy Collins), which were previously released in 2017 and early 2018. In Nuestro Planeta, Reykon introduces the subtle reggeaton vibe for this track. Following the album’s sequence, “In My Dreams” transitions the audience into a more cheery, almost 80’s electric pop inspired beat that features Damon Albarn from the alt-rock band Gorillaz.

There are two interludes in Isolation that are placed quite perfectly. “Gotta Get Up” eases us into “Tomorrow,” while “Coming Home” provides a graceful exit. “Tomorrow” is a personal favorite for me since Tame Impala’s frontman Kevin Parker worked on the song’s production. Combining Uchis’ flowy vocal talent with Parker’s unique producing style makes this collaboration nothing short of genius.

Isolation in its entirety is very dreamy and free. Between the astounding production on this album and Uchis’ dynamic aesthetic, it’s only accurate to say that this album has blessed so many of us Kali Uchis fans that have been patiently awaiting it! Isolation is out everywhere now! In the meantime, let’s keep our fingers crossed that she announces a tour very soon…

last one, promise. before & after i was an artist, i spent my life knowing no one believed in me.., nothing has been easy & i am so thankful for all of you streaming & buying my debut album. just to have the opportunity to have created it, & shared it with you, is a blessing. love you