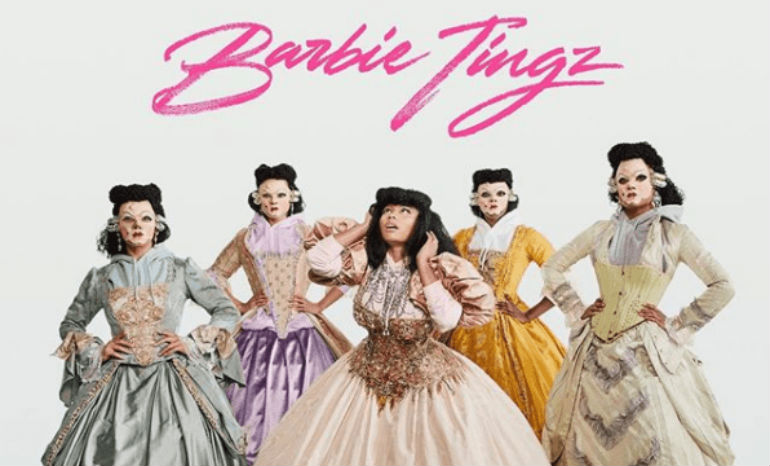 After a decently long hiatus, the queen of rap is back. Nicki Minaj released two new singles last week, “Barbie Tingz” and “Chun-Li.” Fans have been anticipating Nicki’s comeback, and she definitely did not disappoint. By making her return to social media, a new Minaj rap era is upon us and the singles are just a preview for the slayage that’s to come.

“Barbie Tingz” and “Chun-Li” prove that Minaj knows how to make a comeback. “Fresh” would be a good way to describe the tracks. The beats are crisp, and Minaj’s poignant lyrics and flow are in the spotlight, just as they should be.

“Let’s be real, all you bitches wanna look like me//Wanna be in demand, get booked like me” are the lyrics in the chorus of “Barbie Tingz.” Here, Minaj is letting everyone know that she’s still strong and cannot be messed with. The track also features a nod to her Young Money crew, Lil Wayne and Drake. “Barbie Tingz” is reminiscent of when Minaj first entered the scene (“Itty Bitty Piggy” vibes anyone?).

In “Chun Li,” Nicki is channeling the famous animated female Street Fighter by the same name. Similar to the Street Fighter video game, this song punches you with Minaj’s hard vocals. With a mysterious, King Kong-style beat, the song’s main theme is female empowerment. “Well when’s the last time you see a bad guy do the rap game like me,” raps Minaj.

Following her 2014 album The Pinkprint, this is the first solo work Nicki has released. Although she’s been featured on many tracks by other artists since then, like “Rake It Up” with Yo Gotti and “Motorsport” with Migos and Cardi B, we can finally see her shine on her own as she always does. The tracks premiered on the Beats 1 show live on Apple Music with Zane Lowe. During the interview, Minaj delved into rumors about “Motosport” and Cardi B. Most importantly, she confirmed that she will be releasing her fourth album and going on tour this year. “The Kingdom,” which is the new name for her fandom, replacing “Barbz,” is more than ready for this new chapter. Although we do not yet have a timeline, the queen is back and that’s all that matters.