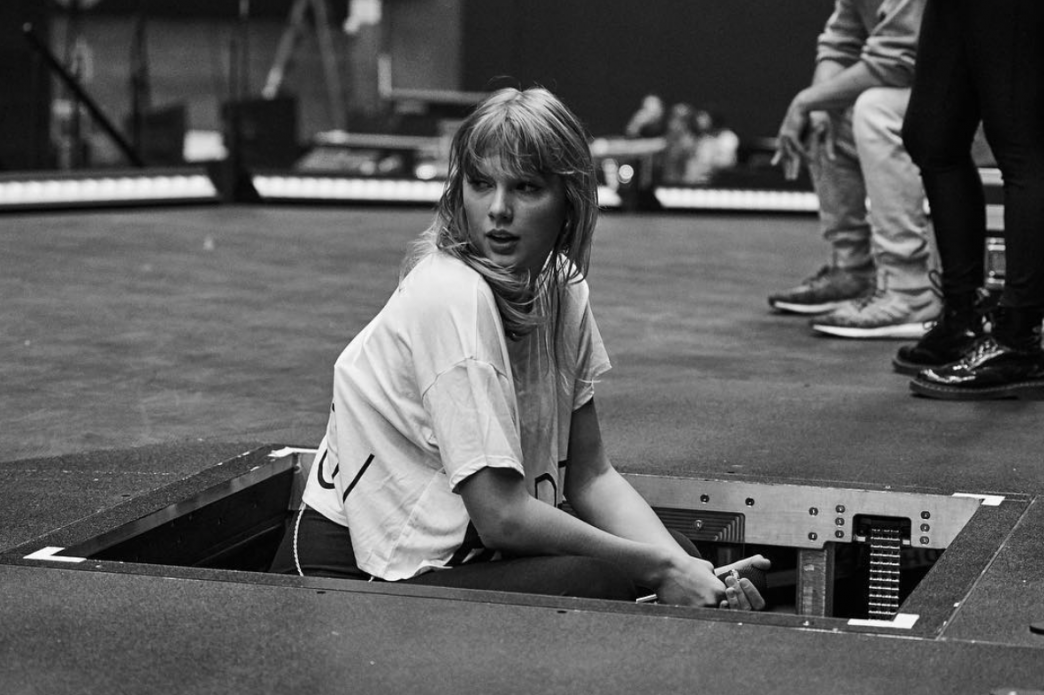 Calling all die-hard Taylor Swift fans! This is just a reminder that you absolutely won’t want to miss out on the upcoming Reputation Stadium Tour. For a few months now, Swift has remained quiet about touring details on social media. Of course, Tay is always super secretive when it comes to planning surprises for her fans, but what exactly is she scheming? Hmm…

Over the past week, the “Look What You Made Me Do” singer finally began to drop visual hints on her Instagram account, but has disabled the comments section to prevent anyone from gossiping about just what exactly she’s been up to. But, although we don’t know much about what to expect, we can all agree to the obvious conclusion that this show is going to be a major dance party, and we can’t wait!

Swift first revealed her official dance crew on Instagram, which features 16 professional dancers, plus herself. Her first stop on tour will be in Glendale, Arizona on May 8th, and will conclude in Auckland, New Zealand on November 9th. While we all anxiously await for the big tour reveal, Swift has been sending a few hints and teasers our way.

Say hi to the reputation Stadium Tour dancers!! Been spending my days rehearsing with these overwhelmingly talented people. 28 DAYS TIL GLENDALE AZ

On April 11th, Taylor posted multiple Instagram photos of her team rehearsing for tour. One black-and-white photo in particular shows Swift popping out of a secret stage door with the caption “Deep blue but you painted me golden,” referencing lyrics to track 11 on Reputation, titled “Dancing With Our Hands Tied,” so to us, it looks like she’ll definitely be performing that track on tour. But, like everything else, we’re just going to have to wait and see!

Deep blue but you painted me golden.

In addition to her dancers, Swift also showed love to her band on Instagram by posting black-and-white images of them with the caption reciting lyrics from “Gorgeous,” which is the eighth track on Reputation. These posts include backup singer Melanie Nyema and guitarist Paul Sidoti. Paul has been loyally touring with Swift since 2007.

To finish off spamming fans’ feeds with tour clues, she posted this photo in full color of her dancers engaging in a massive lift to make it look as if she’s levitating. This caption reads “Go ahead and light me up,” referring back to the third (and sauciest) track on Reputation, titled “I Did Something Bad.” From the looks of this post, we can assume that Swift will be showcasing intense pyrotechnic effects during her performance. In fact, we wouldn’t put it past Swift if she let her team (quite literally) light her up onstage!

Go ahead and light me up.

The Reputation Tour is rapidly approaching just in time for summer! If you’re lucky enough to have Swift come to your city, be sure to grab your tickets here before they sell out! This tour is sure to exceed all expectations…