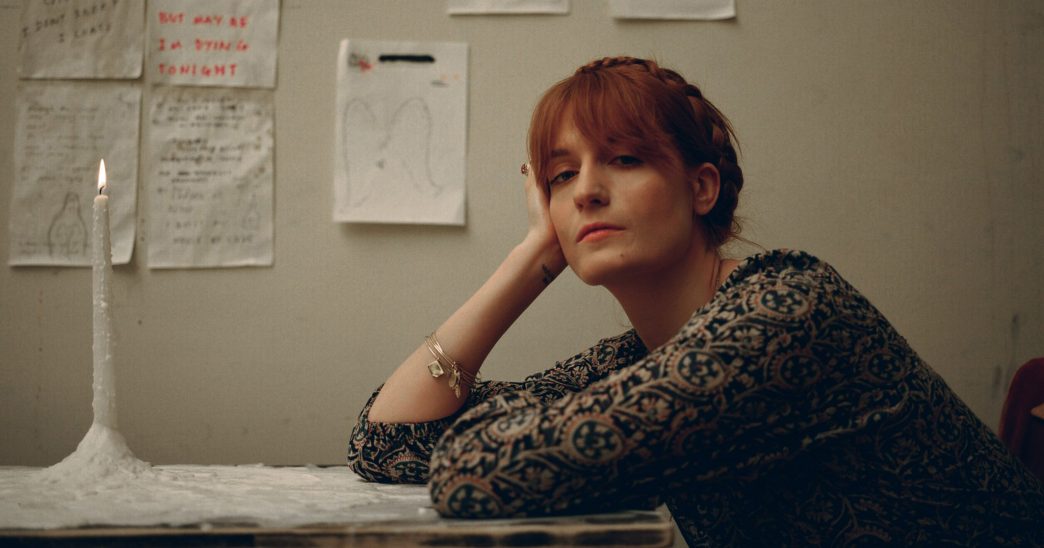 Three years after their last studio album, English indie rock band Florence and the Machine is set to release their next album High as Hope on June 29, 2018. Last week, they revealed the their lead single “Sky Full of Song”, an intimately honest track with a beautifully minimalistic film to match.

The four-minute music video, directed by AG Rojas, consists of a sequence of black-and-white clips, but instead of the typical cinematic widescreen, the clips are cut down to a small rectangular inset against a black background. Given its grayscale tones and the early 1900s set design, the music video almost feels like an art installation in an antique museum. It fits magnificently with the track itself, which is instrumentally sparse – besides her own harmonies, Florence Welch’s voice is accompanied mainly by bass pizzicato. The subtle instrumentation allows her vocals to shine as they carry the song through its emotional highs and lows.

In “Sky Full Of Song”, Welch laments how the act of performing no longer offers the escapism that it once did for her. No matter how much she tries to bury herself in her music, she cannot fly away from the tribulations of her relationship. She sings in the pre-chorus, “Grab me by my ankles, I’ve been flying for too long / I couldn’t hide from the thunder in a sky full of song.” In the chorus, she expresses her resignation with the lines, “Hold me down, I’m so tired now / Aim your arrow at the sky / Take me down, I’m too tired now / Leave me where I lie.” Reflecting this tone, the scenes in the music video that feature Welch either show her lying on her back or kneeling behind a flower pot. She rests on the wooden floor in front of a black square backdrop, surrounded by flowers planted in mounds of dirt, symbols of attempts at renewal.

Florence Welch possesses an uncanny ability to convey emotion in an incredibly pure and honest fashion through her songs, and her distinct, compelling vocals pierce right through the heart. The video for “Sky Full of Stars” produces an even more personal atmosphere, with the inclusion of small details like the slide that just says “(Audible Breath)” as we hear Welch inhale between lines. Every movement is slow and steady, from the camera zoom onto the singer’s face to the abstract intercuts of flowing liquid. Like a series of gentle sighs, a calming sadness nestles itself into the song. The final scene reveals the entire room zoomed out with Welch staring up at a ladder so tall that it disappears off screen, perhaps marveling at the sky.