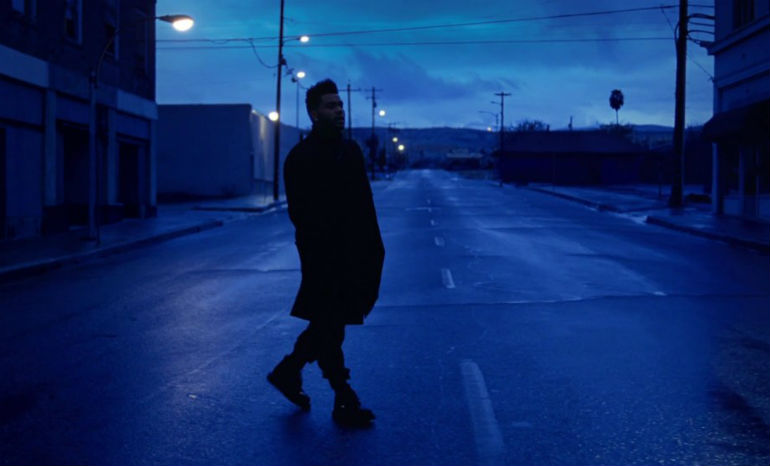 Last week, Absel Tesfaye, better known as The Weeknd, dropped his new music video for his new single “Call Out My Name,” from his new EP, My Dear Melancholy.  The song is speculated to be about Abel’s former flame, Selena Gomez, who he dated for almost a year.

Directed by Grant Singer, the music video for “Call Out My Name” primarily features The Weeknd wandering through various areas while singing. The cinematography in this video is absolutely stunning and demands multiple viewings.

The Weeknd starts out walking through empty streets with a blue-tinged background. As he sings the first chorus, a flock of ravens erupts from behind him. The ravens eventually fade into black specks while The Weeknd’s street background changes from blue to a more realistic nighttime background illuminated by several streetlamps.

The Weeknd continues walking until he’s in a theater entirely in black and white. He walks up the stairs to the theater’s stage and the white screen and continues to sing in front of it while the camera spins, and eventually, a scene of a campfire appears on the screen behind him. He walks forward towards the screen and appears at the campfire. Interestingly, a statue of a woman with long hair is at the scene of the campfire accompanied by multiple animals. At one point, the statue is the sole point of the shot, perhaps implying that the woman who Abel is singing about was like a goddess.

One of the final shots is a slow spiral towards an orb of some sort. Beyond puffy, purple clouds in the orb is an exterior shot of what appears to be an apartment complex and the statue of the woman, now wearing some sort of mask, standing on one of the apartment balconies. As it zooms in on her, the scene fades back to Abel standing in front of the white screen in his black trenchcoat, which serves as the last shot of the video.

The song itself is emotional and lyrically one of my favorites of The Weeknd’s. The video is a gorgeous piece of cinematography that I believe any fan of cinema or any fan of The Weeknd should see. It is the perfect accompaniment to an emotional song. Check it out for yourself below and let us know what you think by tweeting us @Soundigest or leaving a comment.