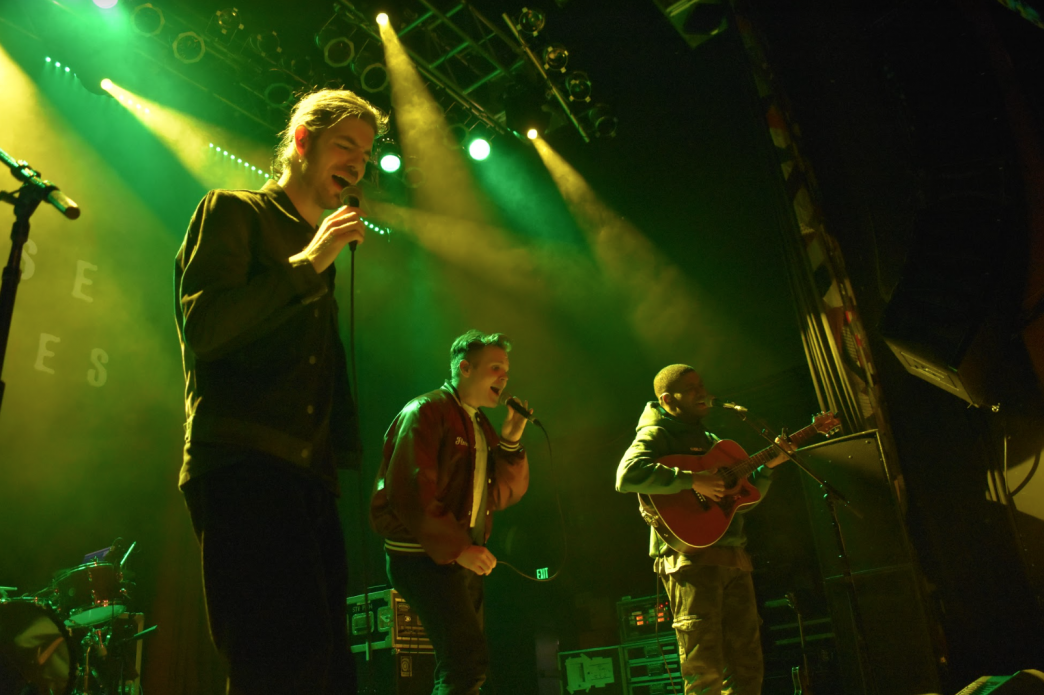 We caught up with Thirdstory on their tour stop in San Diego, and they dished about their pet peeves on the road, the making of “G Train” and “Searching For A Feeling” and even their favorite foods!

Thirdstory’s passion and crowd engagement throughout their show can only be summarized as ‘bringing the church’ to San Diego that night.

With piercing vocals and entrancing hymns, their zeal matched the enthusiasm of the chanting, dancing crowd.

Elliott Skinner, Ben Lusher and Richard Saunders said they had decided pre-tour that only playing songs from their album would leave out day-one fans. Therefore, they decided to include some of the covers that propelled them to the popularity they have attained today. Day-one fans, and the rest of the audience, did not complain.

This entailed a beautiful rendition of Drake’s “Hotline Bling” along with a moving encore performance of Sam Smith’s “I’m Not The Only One.”

Thirdstory first ran onto the stage amidst their screaming fans with “Heart Hits The Ceiling.”

They revealed that “I’m Coming ‘Round” was the first song they ever wrote together. The guys continued on with more tear-jerkers from their album, Cold Heart, when Ben felt the need to interject:

“Hope you guys like it!” exclaimed Richard, laughing and lightening the mood.

Yes, the guys played songs about heartbreak and relationship frustrations, however, the energy was not somber. Everyone singing and swaying with the band mouthed every word and you could tell by the twisting of their faces and the trembling in their voices, that the guys meant every high-pitched syllable of what they sang.

Thirdstory ended with “Searching For A Feeling,” which felt more like a religious experience than just a song sang in a venue.

They reluctantly shuffled off the stage, only to be called back out again by a crowd chanting “encore” and “one more song!”

This lead to “Still In Love,” a fan favorite, and their “I’m Not The Only One” rendition.

The guys said in another interview Soundigest did with them that their songs are only a part of what makes them who they are. They said that to really understand them and experience their music, you need to see them live. I can now, wholeheartedly, agree that a live performance by Thirdstory is an experience every fan needs to have.

All photos by Victoria Moorwood