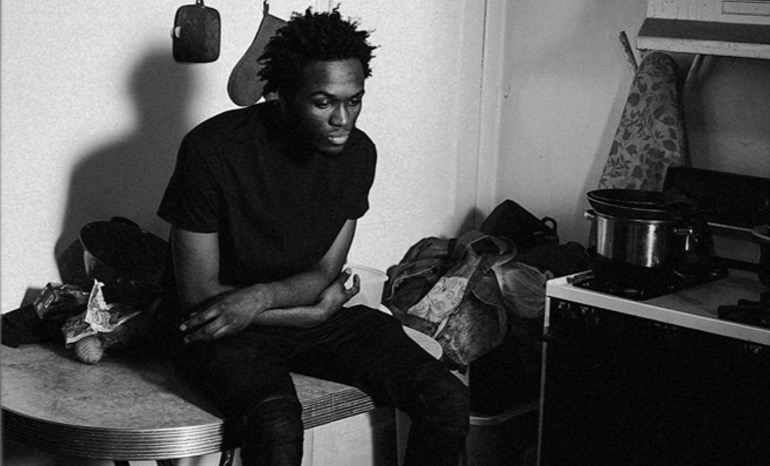 Full disclosure: I’ve always found Saba to be unremarkable. Even within the context of Chicago’s post-Kanye wave of hip-hop music, I’ve found that he simply can’t compete with his contemporaries. Each of his peers has something that makes them unique: Noname has her distinct, spoken-word-meets-lo-fi vibe; Mick Jenkins has his harder, more aggressive style and brilliant lyricism; and of course Chance the Rapper has his adorable little, “music should be free and I love my grandma” shtick. Saba has always just been fine – really good, even – but unmemorable. Fortunately, it seems that with his new project Saba has finally given listeners a reason to care.

CARE FOR ME is a deeply personal record, obsessed with the tragic, fatal stabbing of his cousin Walter and drowning in disillusionment, frustration and ennui. The title of the record is stylized in all caps for a reason: in a world that feels cold and brutal, one that appears unconcerned with his struggles and with the struggles of the African-American community at large, Saba is begging for someone, anyone to care.

Musically, the album balances elements of lo-fi and trap to create an atmosphere of uneasy melancholy. The detuned, mellow synths are reminiscent of Noname’s 2016 project Telefone (on which Saba was featured both as a producer and a vocalist) but whereas Noname’s grooves were light and playful, Saba’s music is ridden with both anxiety and resignation – a set of characteristics that perfectly match the lyrical content of the album.

WHICH SONG ON #CAREFORME ARE YOU THE MOST EXCITED FOR? pic.twitter.com/Xr9B2ZxiG4

Throughout CARE FOR ME, Saba discusses the ways in which he feels the world has turned its back on him. On “BUSY/SIRENS” he confesses to feeling alone and without any friends willing to make time for him; on “LIFE” he mentions the mass incarceration of black men in America and the way in which that specter haunts him; and on “FIGHTER” he details the different ways in which he battles others every day and proclaims that he just wants to give up fighting. Amongst all these pressures, though, none has a more profoundly devastating impact on his mental health than Walt’s murder.

Saba references the loss of his cousin, collaborator and best friend throughout the entire runtime of CARE FOR ME. It’s clear that this brutal act is the catalyst for all of his frustrations, a violent and unexpected shift to his worldview that has forced him into this deep depression. His despair culminates with the penultimate track, “PROM/KING”, which serves as the emotional crux of the album. This slow-burning, seven-minute piece details his friendship with Walter and the time they spent together leading up to his death. The one-two punch of “PROM/KING” and its frantic buildup toward the final track, “HEAVEN ALL AROUND ME” is a touching and tragic conclusion to a pretty emotionally compelling album.

But while CARE FOR ME is certainly a moving work of art, it’s not without its flaws. Saba keeps his lyrics pretty consistently full of meaning and insight, but every once in a while he stumbles a little too far into groan-inducing territory (“Releasing your Issa Rae, insecure / Collect them all like Pikachu, Venusaur / we go ’til you done or my penis sore”).

I also find the track “LOGOUT” to be pretty disappointing. Tonally and thematically it seems slightly out of place with the rest of the album and frankly, Chance the Rapper sounds like he wasn’t even trying when he wrote his verse. Chance features are always hit or miss, but here he really makes no attempt to craft anything interesting. It also doesn’t help that the song ends almost immediately after Chance is finished, tricking the listener into thinking the song has another 30 seconds to go only to abruptly vanish. I remember finding myself in that unexpected silence and thinking, “… wow, that was stupid.”

However, despite a few less-than-stellar moments, CARE FOR ME is a solid, well-realized piece of work. With it, Saba has firmly established that he’s an artist with something important to say and a unique way to say it. He has definitely produced this music for a specific vibe – a late-night drive, a quiet moment at home, or another similarly intimate setting would provide the ideal listening conditions for this album – but if the mood is right, this album offers an exploration of grief that is both insightful and affecting.