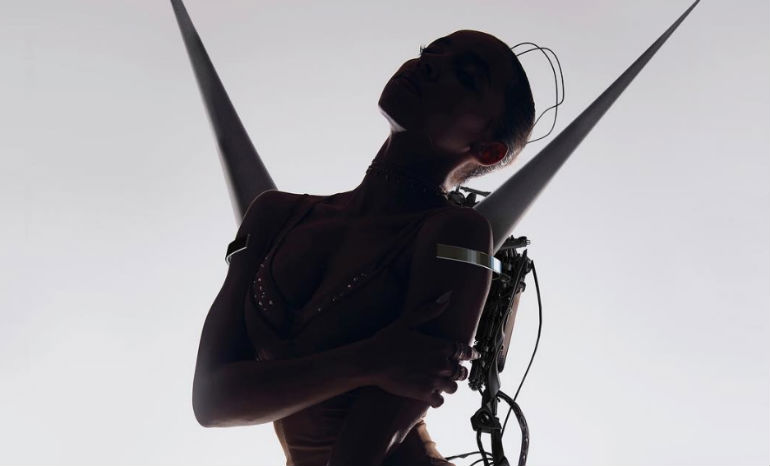 We’ve seen R&B songstress Tinashe release a handful of sultry singles in the past few years like “2 on” and “All Hands On Deck.” Tinashe is one of those artists that has stayed true to her slick experimental R&B, hip-hop and pop blend.

Unfortunately, the mainstream pop marketplace still hasn’t caught on, and it certainly has been a struggle for her to put out her sophomore album Joyride, which is a bit reminiscent of how her career has played out so far. She recently released the highly anticipated album after disputes with her record label and even had to take back her title track from Rihanna. However, the lingering question is: was it worth the wait? There are a few songs that are signature to Tinashe’s experimental blend, but the lack of direction leaves us a little disappointed.

The album opens with an intro that gears listeners up, featuring racecar noises throughout the track with Tinashe repeating “Keep Your Eyes On The Road.”  The first track after the intro is none other than “Joyride.” The track has a unique, dark arrangement that indicates what’s to come on the album.

The first two singles from the album capitalize on radio hitmakers Offset and Future to bring a new perspective to Tinashe’s proclamations.

Offset’s usual autotuned verse seems out of place with the theme of female empowerment that we hear on “No Drama.” The second single, “Faded Love,” featuring Future, is that signature Tinashe dark and alluring production and sound we first heard on Aquarius. The first two singles are reminiscent of that same intense flare we heard on Tinashe’s biggest singles “All Hands on Deck” and “2 On.”

“Stuck With Me,” featuring Little Dragon, is arguably the most infectious song on the album with its production comparable to Terror Jr’s “3 strikes.” Tinashe sings “Get an air bag, get an ice pack for the weekend/’Cause he stuck with me, I can feel it.”

The latest single and Tinashe’s attempt at a summer jam is “Me So Bad” and features Ty Dolla $ign and French Montana (two artists that seem to be featured on every other pop song, but you can’t name a song that’s actually theirs).  The chorus goes “You want some me so bad
Come get this body.” The dancehall beat is known to be infectious, but Tinashe’s usual seductive prowess doesn’t catch on here.

Tinashe’s bedroom jams continue with “He Don’t Want It.” The vocals on this are some of the best of her career. “Ooh La La” features bed creaking noises that might seem like a turn-off at first, but the seductive and experimental sounds we hear in this song is where she shines the most. “Salt” and “No Contest” feature great songwriting and vocals as well.

Although the album has its moments, it’s certainly not the best work of her career, and the lack of consistency is where the album falls flat. That’s when we get lost on this joyride. However, Tinashe knows who she is as an artist and that’s not going to change. But why isn’t she getting the same recognition as her R&B counterparts SZA and Khalid? The appeal is there, but her work leaves something to be desired.