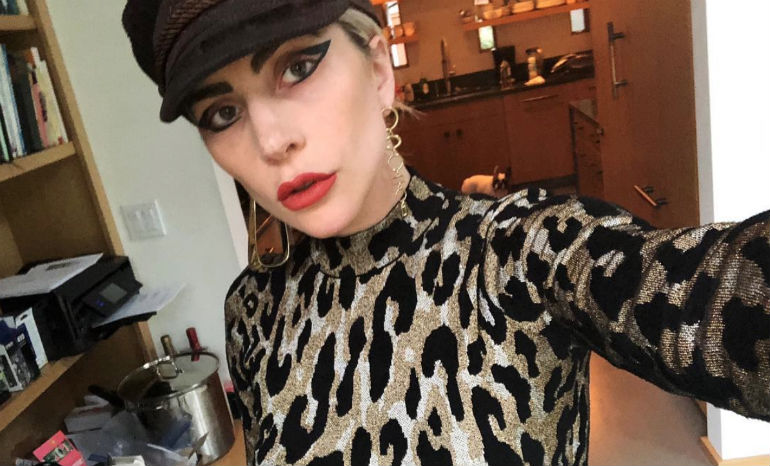 Get ready Little Monsters, because it looks like Lady Gaga is back in the studio and working on new music. The “Million Reasons” crooner blew everyone’s minds in 2016 with the release of her fifth studio album, Joanne, which was unlike any other of Gaga’s previous works, showcasing a more paired down, soft rock/folk version of the songstress. That’s why the news that Gaga is back in action and doing her thing is music to our ears!

An interaction on twitter had fans in a tizzy about the prospect of a Pop album to follow up the ever-so-popular Joanne. It seems that Lady Gaga is working with the German DJ/music producer, Boys Noize, who has worked with the likes of Snoop Dogg and producer Mark Ronson. Ronson worked closely with Lady Gaga on Joanne, which can be seen in her Netflix Documentary, Gaga: Five Foot Two.

Boys Noize tipped off fans of the duos collab last week when he tweeted about Lady Gaga spilling water on his equipment, to which Gaga replied that she was able to save the electronics with a hairdryer. The tweet seemed to be all in good fun when Boys Noize concluded the wet equipment saga by tweeting, “it spit out beautiful weirdness afterwards.” All’s well that ends well, we guess! Check out the tweets below:

and it spit out beautiful weirdness afterwards 🧜🏼‍♂️

So, are you guys excited about the prospect of Gaga returning to her Pop roots? Let us know all of your thoughts and feelings in the comments below, or Tweet us @Soundigest!