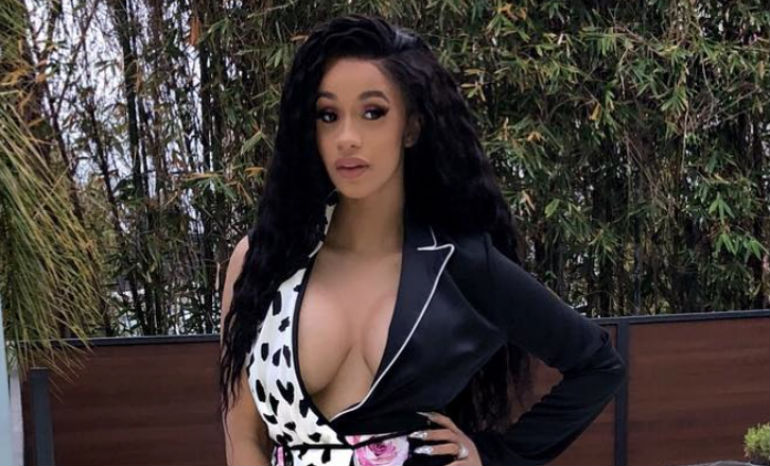 Time magazine recently released their Time 100: The Most Influential People of 2018 list. Consisting of politicians, artists, activists, journalists, actors, academics and musicians, this annual list features some of the most talked about people of the year. Below are the musicians that were voted onto the prestigious list. Take a look:

Marking another milestone, Cardi B was listed as a pioneer on Time’s list for 2018. With her infectious personality and sense of humor, many people love Cardi for how real she is. Her Time article was written by Taraji P. Henson, who said, “Cardi B’s here to stay, baby, and I’m happy to be a witness.” With the success of Cardi B’s debut album, Invasion of Privacy, it sounds like Henson definitely knows what she was talking about. Check out Cardi’s Time article here.

I can’t believe my life ,my story ,my personality influence people .Im very different from all my family members from mother and father side.My mom side of the family all my cousins went to good colleges .My father side all my cousins are very lady like and good cooks.I always knew i was different i just had to find and believe in myself.I been every type of woman .School girl ,9-5 girl stripper,street bitch,fiancé ,wild girl everything !thats why i don’t judge been there done that.Thank you @tarajiphenson i love you forever .

Canadian singer-songwriter Shawn Mendes made the Time list at just 19 years old. The heartthrob can be heard in rotation on almost every Top 40 station and has broken hearts on multiple tours around around the world. Some of his most known songs are “Mercy,” “Life of the Party,” “There’s Nothing Holdin’ Me Back” and “Treat You Better.”  Mendes had his Time article written by John Mayer, who praised him all around, saying things like, “Shawn has a very strong, clear, wide-eyed view of the world, and I can’t wait to see what he hears next.” You can read the full article here.

Listed by Time magazine as an icon, Jennifer Lopez no doubt fits the bill. She’s an amazing performer, actress, producer and even designer. J-Lo does it all and still finds time to be a mom and a role model to her fans. Her article was written by Kerry Washington, who mentions how she grew up in the same area as Lopez and how she inspired so many girls. She wrote, “We were in awe of our neighborhood role model.” Read the full article on J-Lo here.

Singer, songwriter, actress and beauty icon, Rihanna is a name everyone knows. Therefore, Time listing her as an icon only makes sense. The Barbados born-and-raised musician stepped onto the music scene in 2005 and has been topping the charts ever since. Rihanna now has a makeup line as well as many fashion collaborations. Her Time article was written by Grammy-winning singer and songwriter Adele, who showed much love for her fellow artist. She wrote, “She makes her own rules and bends ours.” Read Rihanna’s Time article here.

thank you for the acknowledgment @time …. and thank you @adele for your kind words! this was such a cool surprise! …..head over to time.com to read what she wrote.

Singer-songwriter Kesha was also named as an icon by Time magazine on this year’s list. Breaking into the music scene in 2010 with “TiK ToK,” Kesha was then known as Ke$ha and she was dominating the charts. In 2014, however, the musician sued her former producer, Dr. Luke, under sexual assault allegations. Speaking out against the infamous producer almost cost Kesha her career, but she hit back, didn’t back down, and came out stronger than ever with her most recent album Rainbow, which was released in August of last year. Kesha’s Time article was written by the legendary Cyndi Lauper,  who sang onstage with Kesha at the last Grammy’s. Cyndi wrote, “That performance showed the power of sisterhood. It was a reminder that none of us are alone.” Read the full Time article here.

What an amazing honor. When I started writing and making music when I was a kid, even in my wildest dreams, I never imagined this could happen. Thank you to @TIME Magazine for including me among so many incredible people, and thank you to @CyndiLauper for the kind and thoughtful words!!!!! Love u Cyndiiiii💜🌈