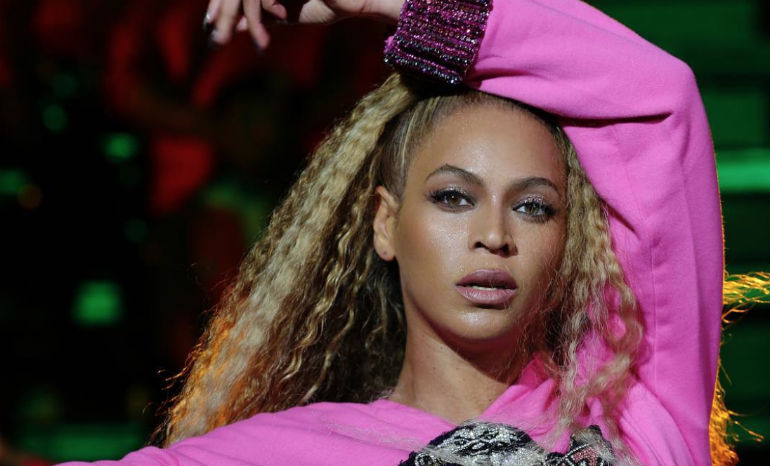 One of the most anticipated performances of this year would be Beyoncé at Coachella, or #Beychella, as it’s since been dubbed. In case you forgot, Beyoncé was supposed to headline last year’s Coachella but got pregnant with twins! This year, she made history by being the first black woman to headline Coachella ever. Hopefully you were able to catch the live stream of weekend one. Unfortunately,  the second weekend wasn’t streamed, much to the dismay of many of her fans. Whether or not you caught her performance in person or online, here are some highlights from her historic set.

Did anyone else wish it was the early 2000s again? Beyoncé reunited with her bandmates Kelly Rowland and Michelle Williams for both weekends to give Destiny’s Child fans a moment they’ll never forget. The former girl group performed some of their biggest hits like “Say My Name,” “Lose My Breath” and “Soldier.”

Beyoncé opted to keep things in the family with her special guests this year. She brought out her husband Jay-Z and her little sis Solange for both weekends. Jay-Z and Beyoncé performed “Déjà Vu,” teasing their upcoming On The Run II Tour. Solange stopped by for a dance number with her big sis to “Get Me Bodied.” There was even a fun sister moment as Beyoncé went in to hug Solange, only for both of them to take a tumble together. Of course, the two pros managed to get back up and laugh off the moment.

For weekend two, Latin superstar J Balvin stopped by and the two performed their worldwide hit “Mi Gente.” It was INCREDIBLE!

2. The tributes to black culture.

Beyoncé is no stranger to giving politically and socially charged performances. From her costumes to her set design to her backup band, everything about her performances encompasses black culture and womanhood. That being said, she opened the set wearing a Balmain costume inspired by Queen Nefertiti. She was also backed by a full marching band and paid homage to historically black colleges and universities (HBCUs).

Also during the Coachella performance, Bey gave nods to black rights activists from the likes of Nina Simone and Malcolm X. She also performed a beautiful rendition of “Lift Every Voice and Sing” also known as the Black National Anthem. “Coachella, thank you for allowing me to be the first black woman to headline,” she told the crowd. We will never forget it.

1. The vocals. The music. The choreography.

During her 26-song set, Beyoncé delivered a visually stunning performance topped with flawless vocals and dancing. From her spectacle performances of “Partition” to “Single Ladies,” you know that her weeks of rehearsing certainly paid off.  She came full circle and closed out her set with “Love on Top.”

Simply put, Queen B’s performance was groundbreaking and reaffirms that she is one of the greatest entertainers of our generation.