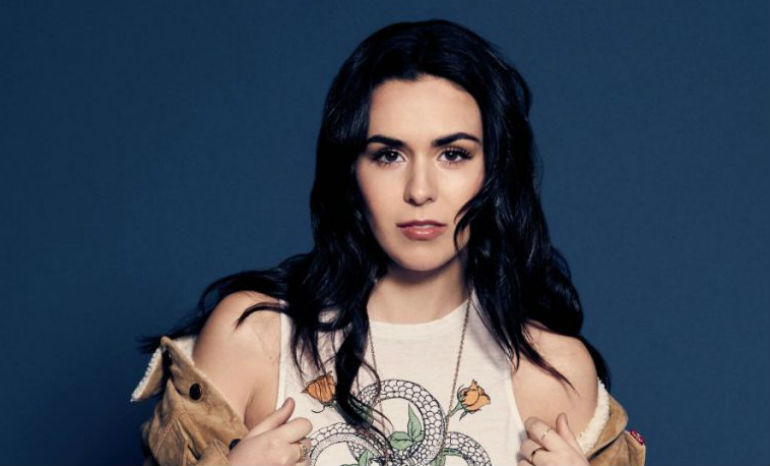 Meet Heather Brave. She’s a bicoastal singer, songwriter and entertainer, and we think you’re going to love her! Heather’s music is very reminiscent of bubblegum pop-meets-Regina Spektor. Recently, we got to chat with her about her new music, the industry, what her writing process is like, and way more. Also, she just dropped her new single, “Spinning,” so be sure to check the song out after learning a bit more about her HERE:

You grew up on the east coast but have spent some time over on the west. Both coasts have such different vibes, especially when it comes to music. What was your experience and do you favor one coast over the other?

For me, both places gave me such a different perspective, especially on songwriting. In LA, I was writing for other people and also meeting so many writers and producers. It was overwhelming in a great way so I just inhaled all of the new approaches I was learning. Still, moving back to NY where I’m from infused such a personal feeling into my writing. I felt like I was getting to the heart of what I wanted to say because I feel like myself the most among the grit and fast pace of this city.

You recently came out with a dance-pop bop, “Feel You Watching.” Your impeccable vocals shine over EDM production and piano instrumentals. How did this song come together?
This song was created out of a conversation with my producer about that feeling of being watched. We were writing in Nashville and finished the song in New York with this awesome duo that goes by A+A. We tried to capture that tense feeling of knowing someone’s out there waiting to see your next move (I was feeling that in a relationship—being stuck in an in between space, not knowing what to do next). My favorite lyric in the song is “I’ve had enough of starting over” because it’s saying, I don’t want to start over—I want to think about where we’ve been and just keep going forward and go for it. This vibe fueled that explosive production that feels like a huge release which I love.
What’s your usual songwriting process like?
When I write alone, it’s usually when I’m thinking about something else, which is either in the bathtub with my waterproof ukulele, or on the subway. It’s rare that I sit down and say, “okay I’m going to write a song now.” I try to let it happen to me instead of making it happen. Once I have the root of the idea, then I can focus and hone in.
You’ve had hundreds of thousands of listens and views on Spotify and YouTube. How does it feel to reach those accomplishments as an independent artist?
It feels so good to know people feel something when they listen to it. Honestly, it makes my eagerness to release more music even more intense so I can grow this connection with everyone who has been listening. I just had a show at the roof of The Standard Hotel in the East Village in New York and to hear people singing the words was surreal and extremely gratifying!

What’s up next for you and your music?
Because I just don’t want to hold back, more music is coming really soon! My EP will be out over the summer with another song coming as a preview before that (and this one means a lot to me). I’m also planning on performing more around the country this summer and basking in that undeniable connection I feel with the audience when I perform live. I’ll be playing at Rockwood Music Hall in NYC on 4/25 if you’re in the city!
Is there anything else you would like to add for our readers?
All of my songs intertwine with this theme of just going for it and doing what you really want to do, regardless of expectations, so I hope you pick up on that and can be excited by that. There’s so much more to come, so come along!

All photos by Meredith Truax