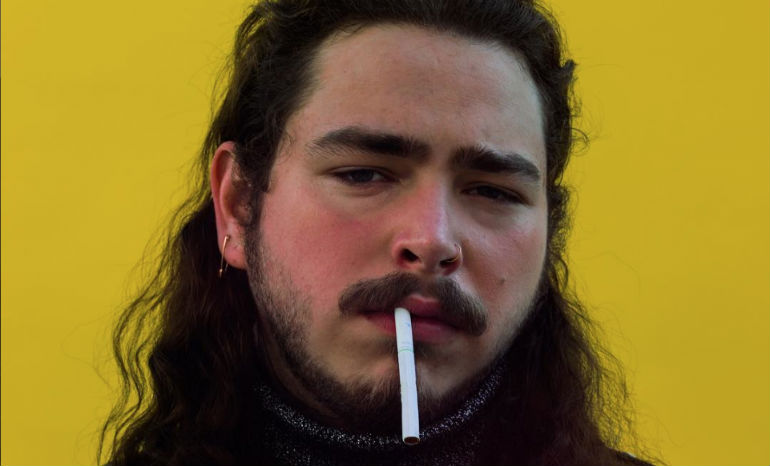 Post Malone‘s popularity has grown pretty rapidly since his debut single “White Inversion” was released back in 2015. Since then, he dropped his first album Stoney in 2016 and has even released some killer hits including “Rockstar” and “Psycho” over the past year. Since then, fans have been begging for him to release his highly anticipated second album, and we’re happy to announce that it’s mere hours away.

For a very long time, fans were super curious about when the album would drop because it’s been in the works for a really long time. Post wanted to make sure it was absolutely perfect before its release, and honestly… who could blame him? Fans finally found out the release date when Post tweeted it out a few weeks ago, revealing that it would be released on April 27th.

my album comes out April 27

Since the announcement, he’s also shared the album artwork and track list, and TBH, everything looks awesome! The album will include collaborations with artist such as Nicki Minaj, G-Eazy, YG, Swae Lee and more. We’re so excited to hear all of these amazing collars when the album gets released TOMORROW.

For now, though, the only thing we have to go by is the album artwork, and it’s SO cool! Post gave the new release a yellow aesthetic, and it has an inception-type feel to it with the cover art being a photo of a cd in a case with the albums title on it. We can’t lie… it looks so sick! Check out the artwork and the track list HERE:

The album is currently available to pre-order everywhere and will be released this Friday, the 27th! Get ready, you guys! It’s going to be epic.