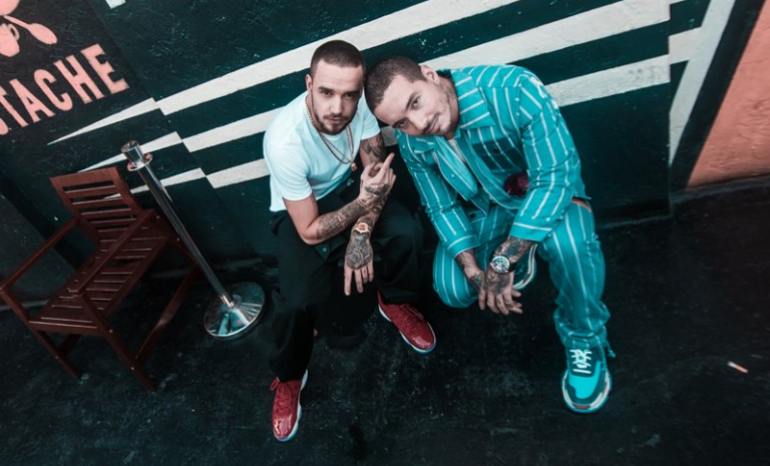 Liam Payne and J Balvin is actually pretty “Familiar.” Last year, the remix of “Despacito” with Justin Bieber, Daddy Yankee, and Luis Fonsi ruled the charts and became a worldwide smash. It may not be the first collaboration amongst Spanish and American artists, but it clearly set a precedent. Many artists have since come out with singles or remixes featuring Spanish artists, including Demi Lovato with Luis Fonsi and Beyoncé with J Balvin, to name a few.

Payne has had decent success as a solo artist with his first single, “Strip That Down,” featuring Quavo, which went top ten on the Billboard Hot 100. He went on to release a second single “Bedroom Floor,” which did not fare as well, peaking at number 98. Payne also collaborated with EDM artist, Zedd, on his single, “Get Low,” which was a fun summer song. “Familiar,” however, is an even better collab destined to be a summer smash.

Balvin and Payne take turns singing the verses. Payne drops a couple verses in English and Balvin weaves some Spanish into them before getting the entire third verse to himself. The lyrics are flirty, but age-appropriate (similar to “Despacito”), which adds up to an enjoyable song for everyone.

Payne teased what may be a snippet of the upcoming video on his Instagram earlier this week.

We’d be shocked if “Familiar” didn’t light up the charts this summer. Even though it’s only April, if the song continues on an upward trend, it will be the perfect summer smash that will have you saying, “Despacito, who?”

To tide you over until the music video releases, watch the lyric video for “Familiar” below!