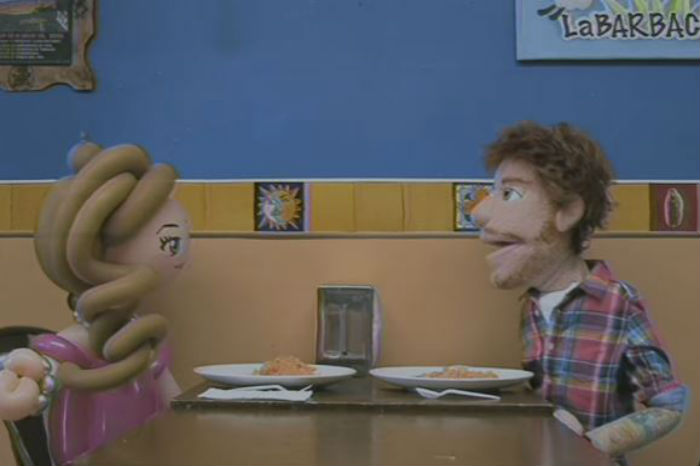 On April 27th, Ed Sheeran dropped his newest music video for the song “Happier.” The track is the fifth single off his 2017 album ÷ (Divide).

The ironically not-so-happy video follows the life of a lookalike puppet of Ed Sheeran and a mystery balloon woman in the streets of New York City. Specifically, the corner of 29th and Park Avenue. This isn’t the first time puppet Sheeran has made his way into the spotlight, though.

In case you don’t remember, puppet Sheeran was also featured in the music video for his 2014 hit, “Sing,” off the album + (Plus). Back then, puppet Sheeran was seen partying with models and getting into trouble. Four years later, however, his puppet lookalike isn’t living as lavish of a lifestyle, or as happy of one. The video shows Ed and the mystery balloon woman that were once together, but now, Sheeran looks on at her life without him and watches as she meets someone new. The balloon woman has moved on with a different puppet for the time being, and the Ed puppet wishing she’d come back to him.

The Ed puppet goes through the stages of grief in this video and is even seen drinking some whiskey in a bar to cope with his former love moving on and finding a new man. The video ends with the Ed puppet watching his former lover floating away at the hands of her new lover (literally).

The video for “Happier” is released as a follow up to the hit single “Perfect,” which has many different renditions and remixes including an orchestral symphony version and a duet version with Beyoncé. The original “Perfect” track just hit 1 billion views on YouTube before the release of the “Happier” video.