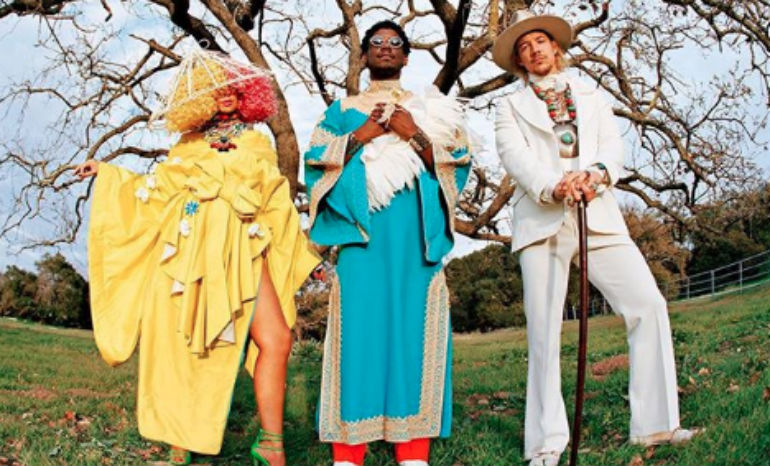 Get ready, you guys, because there’s a new group in the music scene called LSD. Members Sia, Diplo, and Labrinth released their first single “Genius” this past week. Between each artist’s incredibly unique talents, fans could not be more excited for this project. The trio collaboration is definitely the opposite of what a bad trip would be.

With Sia and Labrinth’s signature vocals backed by a bumping Diplo beat, the track captivates listeners from the first listen. The incorporation of strings and synth is a wondrous display of classic and cool. Labrinth opens the first verse before he introduces Sia for the next one. The duo join for the chorus, “Only a genius could love a woman like me,” with Labrinth being this genius.

In addition to the song, there’s a video featuring trippy visuals to accompany it. Cartoon versions of LSD members as floating heads is the focal point. The weirdness is present, but it’s something that you just want more of. What makes the song so addictive is its versatility. It has those pop elements from Sia, R&B from British songwriter Labrinth, and electronic from Diplo. This allows it to be appropriate at a club or in a cubicle. It’s big, fun, and an overall strong debut. Sia and Diplo are no strangers to collaborations, but this may be their best yet.

With the addicting nature of “Genius,” LSD plans to release more new music soon. Their next song “Audio” will come out this week. The group will also put out a full length album. Sadly, there are no details on a release date or title yet. With the compelling visuals and sound, this album is highly anticipated. The members of this group come from different musical realms but we are extremely happy to have them together. Check out the hypnotizing video below.