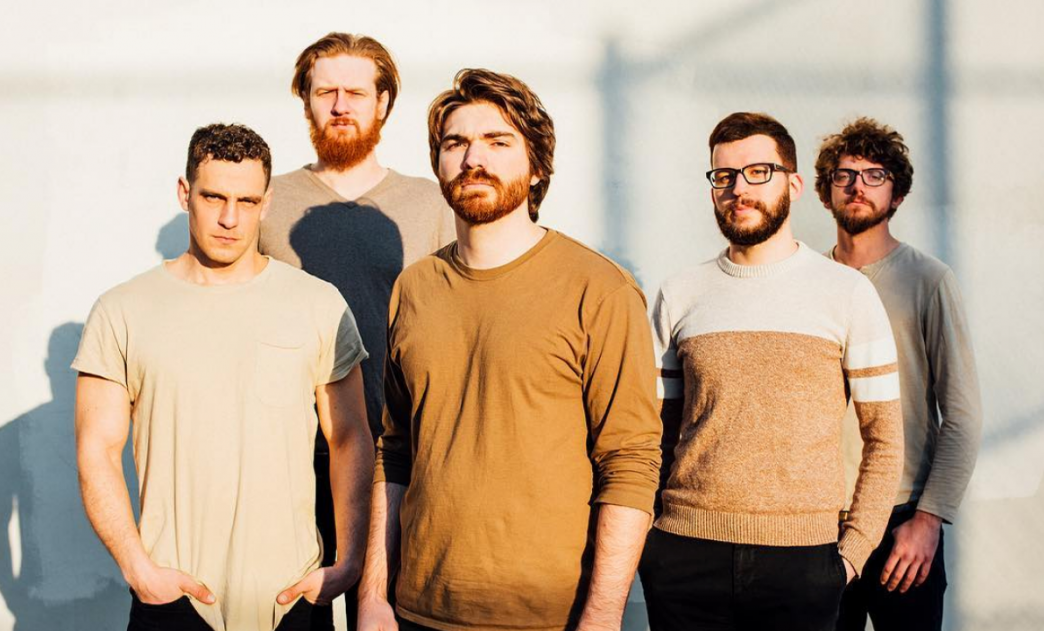 We sat down with Mason, who shares his lyrical concepts behind the album, why the band chose to stick to their original sound and what fans can expect in the future (hint: it might be an acoustic song)!

Congratulations on the release of Shrine! Talk me through the original concept for the album.

It’s interesting because this album came about really slowly. After the release of our last full length album, which was back in 2013, which went more in a pop-y direction, which we ended up not being super happy with at the end of the day, we wanted to go back to our roots a little bit. There was a delay because we were all doing our own things musically and career-wise, and at the same time one of our band members left the band who had previously been a co-writer and occasional vocalist. So it kind of put a damper on things, but when we finally got started we knew that we wanted it to be something that would feel like a return to what we do best and feel happiest with as a group, and essentially collaborate in fundamental ways.

We also wanted it to follow our first album, which had a cohesive narrative and was focused around mythology folklore. We were all really fascinated with Japanese folklore at the time, so it kind of turned into this blueprint for a concept album that was loosely based on Japanese folklore. This was back in 2016, 2015, and we started writing songs. They came about really slowly, just kind of one by one, fitting into this bigger blueprint that we wanted. We kept coming back to this larger [idea], wanting to be really collaborative and go back to the essence of who we are as a band—kind of dark and moody, but also very dynamic in intensity.

It’s really awesome to see people who have been fans of ours for a long time say that this album is their favorite one, and it’s interesting when they say this is the quintessential Republic of Wolves sound, because that’s how we wanted it to sound.

Listen to Shrine on Spotify now

Did everything kind of play out as planned, or did the album take any unexpected turns?

We had wanted to put out something a lot sooner than we did for a while. There were four songs that we had finished, like fully recorded, like a year before the rest of the album. Those four songs we kind of used to shop around and send to labels because we knew we wanted to do everything we could, with production and mixing and promoting. So that slowed us down a little bit, trying to get connections in the industry and funding. So we ended up doing a Crowdfunding campaign to raise the money that we needed to basically finish out this project that we had already fully idealized in our heads. It’s actually kind of interesting how consistent the vision stayed from the beginning. We knew what we wanted early on.

It’s so hard to pick, but in terms of what we do as a band I really like the last track. I think it shows our whole range, kind of starting off as an acoustic song and then transforming into this big, epic rock jam. It felt like the most collaborative because every member of the band has their moment to shine on that song. On a level of what I enjoy listening to, the third track on the album, “Sundials,” which is kind of the most pop-y song, that’s more of that I’ve been listening to over the past few years. But I enjoy listening to all the songs.

You mentioned that your album’s sound is very quintessential, so which song would you say is the most representative of The Republic of Wolves?

That’s a good question. We always want to bring new people in, so in one sense we want to show the side of us that’s maybe the least alienating, like maybe “Colored Out,” and there’s an acoustic version of that song coming out. But in terms of showing our quintessential sound, I feel like we did that really well on the first track. It has this big build and an intense feel, and drops back down and it had this journey going up and down, showing all the different things we can bring. That might not be the one I’d pick to send to a radio station to get the largest number of fans, but that’s the one I’d say shows who we are as a band the best.

How do you all collaborate on songwriting?

I’m the main songwriter of the band in the sense that I come in with a rough structure for a song and some of the lyrics and, on rare occasions, all of the lyrics and we’ll build of that. Billy [Duprey] is the main lyrical contributor besides me, so he’ll have ideas for tweaking them. The rest of the guys are mainly musical contributors. Occasionally it’ll be kind of a democratic voting thing where we all chime in on what we like best. There is a level of collaboration, which I think gives songs a little more flavor than they would have just coming from me alone.

Besides the Japanese folklore themes, were there any other messages you were trying to convey lyrically?

The challenge was trying to tell a story while also have each of the songs be relatable with an emotional core, building the imagery around that. So, on the surface, in terms of the visuals, the Japanese folklore was kind of the vehicle to convey deeper emotional themes. For the most part, it’s about individualism and existentialism and purpose, and a lot of that just came from where I am in my late ‘20s, not completely sure where I’m going. So that kind of underscores everything I’m bringing to the table lyrically, and the main character is going through what I’m going through in these lyrics.

Do you have any more album visuals planned?

We’ve had plans for a music video for “Colored Out” for a while. We’ve done a lot of things ourselves in the past with our limited resources, but we just felt like with this album we definitely brought the production quality of the music up, so anything visual we want to match that. We do still have plans for a music video for “Colored Out,” which doesn’t have a determined date yet. We also have an acoustic version of that song, which will be released in a couple weeks.

Is there any chance of a tour on the horizon?

We’re in talks with a couple people about setting up a tour over the summer. We just got done with a round of weekend acoustic living room shows up in Maine and Pennsylvania, which was really fun. It was a really good experience. We love being out on the road together whenever we get the chance. If we can make it work, we absolutely will. We want to go as far as we possibly can, at least the East and Midwest, maybe Chicago.

We’re eternally grateful. I was just mentioning these living room shows where we’re playing to devoted fans, and those moments are the most rewarding, where we’re playing to people who, for some reason or other, have been impacted by our music. For anybody who has that connection to our music, just know that that’s why we keep doing it. We want to make peoples’ lives more rich in some way or another and the fact that we can accomplish that means more than anything.