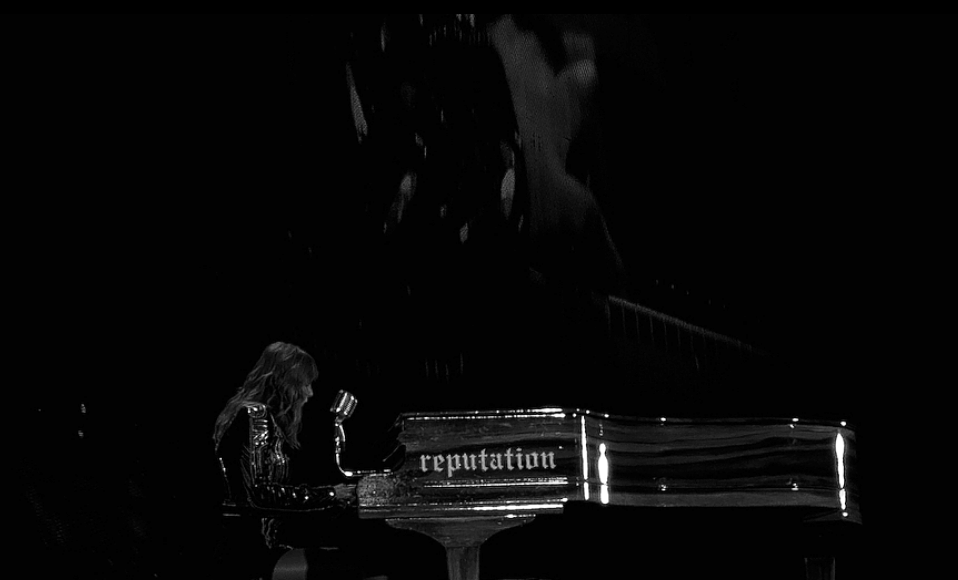 Taylor Swift‘s Reputation World Tour kicked off on Tuesday, May 8th in Glendale, Arizona. The pop star performed to a sold out crowd of 59 thousand fans with her epic stage design, dazzling costume changes, and crowd-favorite songs that we all know and love. The Swifties have been waiting for their queen to give them the show of a lifetime and Taylor did not disappoint.

The night was filled with girl power by opening acts Charli XCX and Camila Cabello joining Taylor for a sing-along to the haters “Shake It Off”. The show was filled with over the top production, most notably a enormous snake that was a tribute to the feud with Kanye West and Kim Kardashian during “Look What You Made Me Do”. Taylor also gave her fans what they wanted and performed a fan favorite from RED on the acoustic guitar “All Too Well”.

Some lucky fans were even picked to attend a private meet & greet with Taylor after the show! Swifties met their favorite artist in the “rep room” and got to see old costumes and props from music videos and past tours. They were also treated with boxes of pizza and chocolate chip cookies. Taylor’s team has been selecting random fans to meet her on each of her tours so while this wasn’t a huge surprise we’re still super jealous.

The Swifties have been waiting for this day since Taylor announced the tour last November. Those who were lucky enough to attend the first ever performance went to Twitter to show us all what we were missing.  Here are some of our favorite reactions from the show below:

THE REPUTATION TOUR IS UNLIKE ANYTHING YOU HAVE EVER SEEN BEFORE. IT IS AN UNREAL EXPERIENCE AND ITS FULL OF SURPRISES. IF YOU ARE LUCKY ENOUGH TO GO ENJOY EVERY MINUTE OF IT. THAT WAS THE BEST NIGHT OF MY LIFE. #repTourGlendale @taylornation13 pic.twitter.com/r8wgnxr05x

Me seeing all these videos for the #ReputationTour and I'm just pic.twitter.com/paUveh8v9o

Also so much shade was thrown at @KimKardashian and @kanyewest and I’m here for it 👋🏻👋🏻👋🏻 @taylorswift13 #ReputationTour pic.twitter.com/KPbP3FWmzY