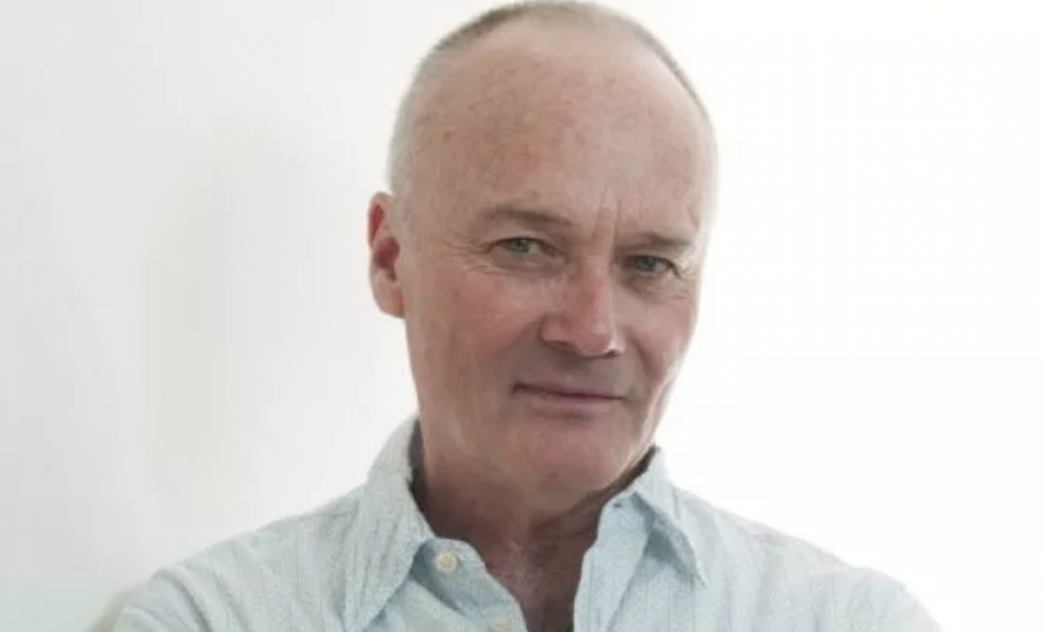 The man behind the erratic, mysterious and beloved “Creed Bratton” character from The Office has just released a new album, following a long legacy of successes he’s had in the music industry. While The Young Punks Dance marks Bratton’s seventh full-length album and offers 10 new songs. Deeply personal lyrics along with beautifully constructed melodies with a raw, live-music feel, the album perfectly showcases the multi-talented performer’s skills, and Creed says its his best one yet. I had the chance to talk with Creed about his new album, funny stories from the past and his acting. Some stories you need to hear from Bratton himself, so scroll down to listen to our disastrous (or wonderful) idea for a new The Office inspired YouTube series and the craziest thing that’s happened in Creed’s career (it involves alligators and a plane crash)! Best yet, Creed talks the inspiration behind his “More Than You Know” video, reveals when you might see him next onscreen and reminisces about The Office days.

Congratulations on the release of While The Young Punks Dance!

Thank you so much! It’s not a lot of up-songs, but you know, that’s just the way they came out. I did them in a singer-songwriter way, just with a microphone, guitar and voice. Kind of sang them through and we sweetened and added things. We tried to keep it simple as we could.

Talk me through your original concepts for the album.

That was the original concept—I had talked to my producer and I said I’ve been working these songs, playing them at my live performances, like woodshedding them. They think they’re getting a show, I’m just basically woodshedding them! [Laughing] But, obviously, I have them worked out. So I played them for him and he said, ‘I think these are great! I think you should do them just like this, like you’re performing.’ Usually you’ll go in and do a scratch track and then you add the bass and the drums. You go along with the bass and the drums, you go in there and do the guitar part and you’d do your vocals. Here, I basically started out with just my voice and guitar, and everything else was basically put around that, so the vocals bleed through the guitar, and vice versa. It’s got that very organic, live feel to it. We’re very happy with the way it turned out.

I really love “Unemployment Line.” That’s an older one, how’d it get on this album?

I think I did six songs or so. [My producer] wanted to add that one and “Heart of Darkness” because he thought those songs all fit in the color, the tone, with these new songs, so we brought those back. I wrote that song with my friends. I was in the unemployment line. I was going through a really hard period during that time, and I thought I saw the back of a head—I thought, ‘Oh my god, there’s a woman that I know!’ It wasn’t that I was ashamed, but I didn’t want her to see me—I guess I was. So, there’s someone there I might know in the line. They said, you’ve got to write this. So I had written the melody and the chorus and stuff and they came in and helped me with some of the verses.

So that came from a personal experience, were most of the songs on this album inspired in that way?

Yeah, they all do. They just come in. Sometimes it’ll be a couple years later, and I realize my subconscious is trying to tell me something. I write a lot of stuff and they have to resonate with a truth in them, and an honesty. So a lot of songs I’ll just go, ‘Nah I’m trying too hard,’ or ‘That’s contrived.’ But the ones that come out and they’re honest… they’re just, there it is. Bam! And they’re the ones we record. They’re the ones that resonate with people. But you’ve got to still write the bad ones. You’ve got to write the mediocre, the so-so songs, because that’s just the process. You’ve got to keep doing it. I believe this album’s got the best songs of all of them so far, and the next thing I do will hopefully raise the bar. Why else do it?

Do you think that your songwriting or music style has evolved?

Yeah, I trust the music. I don’t try to get in my own way. Before, I used to second-guess myself. I used to say, ‘Oh, I could do this, this would be clever.’ You have to go through that and you have to wait around for it to come. For me, it’s like I’m a little kid. I’m like, ‘Oh boy, that’s gonna work!’ You’re waiting around to snag a good line.

Which is your favorite track on the album?

I’ve been singing “Heart of Darkness” at a lot of shows and that really resonates with the audience. “Boxer in a Club”—the place gets real quiet, and people really respond to that one. Now, naturally, because of The Office, “All the Faces.” I’ve been singing that for years, it still works for the audience. I guess of the new songs I would say the two that I feel really speak from my heart are “Ready for You Now” and “Yes Indeed.” When I sing those, it takes me to a very special place.

Your next acting role will be in The Sisters Brothers with Jake Gyllenhaal. I’m guessing it’s been a very different experience from The Office, based on the subject!

[Laughing] Very different! I have scenes with Joaquin [Phoenix] and John C. Reilly and I’m hoping they make it in. I was there for four days; it’s not a big part. Whether or not it gets in— I hope it does—it was a great experience. I know for a fact it’s gonna be a really interesting movie. It’s got a great cast, both Joaquin and John were fantastic to work with. They’re actors of such a high caliber, you raise your game when you work with them. But yes, it was a totally different character. I’m in Western gear, my teeth are all yellowed, I’ve got a beard, and hair and a gun! [In Western voice] And I’m talkin’ like this, well I think you’d better slow down there cowboy! Totally different character, I don’t think you’d even recognize me.

Play to hear how Creed would’ve sounded with a Western accent in The Office.

What do you like most about acting and music?

When I go out on the road it’s me and my tour manager and when I get up on stage it’s just me. So I’m responsible for the comedy, for the singing and the playing. It’s all on me and it’s sink or swim—so far I’ve been swimming. Of course, in acting, you have to work with a whole bunch of people, but really the essence of it is not that different. When people ask me, which do you like most? I like them both! I’ve been doing them both since I was a young child, really, acting and making music. If you’re singing a song to the microphone and you’re emoting lyrics like a script, and you’re singing those lines on stage to the audience, trying to get a reaction, an honest reaction… if I’m singing those lyrics to the microphone in the studio, I’m trying to be as honest as I can. So they are similar in a way.

The music industry has changed a lot during the time that you’ve been in it. What’s a funny or favorite memory you like to think back on, either from your Grass Roots days or before or after that?

Oh gosh. I was with a folk trio in Europe for two and a half years after I got out of college, before The Grass Roots, and there were some amazing experiences there.

That one time Creed would’ve made a better pilot…

He finished this story with:

I have fun. Keeps me young

You’ve got a cool video for “More Than You Know,” tell me a little bit about that.

It’s pretty sweet. I had written the song after looking at a painting by my friend. I saw this painting of this little stick figure man, handing flowers to a girl who’s half stick figure half coming to life, as a human being. There was something about it that was really touching to me. I’m sitting there, playing the song, looking at the painting, and all of a sudden—bam! I see the video. It worked out perfectly because the song was released on the album about the same time that I was able to do the video and it really turned out sweet. People love the juxtaposition of this melody and the visual.

If The Office were to relaunch, would you want to be apart of it?

Of course, that was the best job. You gotta believe, we talk about it all the time, but there’s not many shows where you really look forward to going to work everyday. Most shows, there’s friction or there’s bad feelings. You hear this all the time, but we really got along. We really enjoyed each other’s company. We laughed so much. I mean, I love those kids, you know? I mean, they’re in their ’50s, now but I’m the old guy—the old crazy guy. And my god, the cast! Look at all the things they’ve gone and done. I’m so proud of them. It’s pretty astonishing, the caliber of actors that were on the show. I mean, with John [Krasinski] and Steve [Carell] and Ed [Helms] and Jenna [Fischer]. All the stuff they’ve done, you don’t see that. You don’t see actors on shows doing stuff like that. It shows how all the stars lined up on that show, with the writers, production and actors. I would definitely do it again. I’d have to remember how to play the Creed character, which would take a bit of dusting off. I’m sure I could rise to the occasion—get weird again.