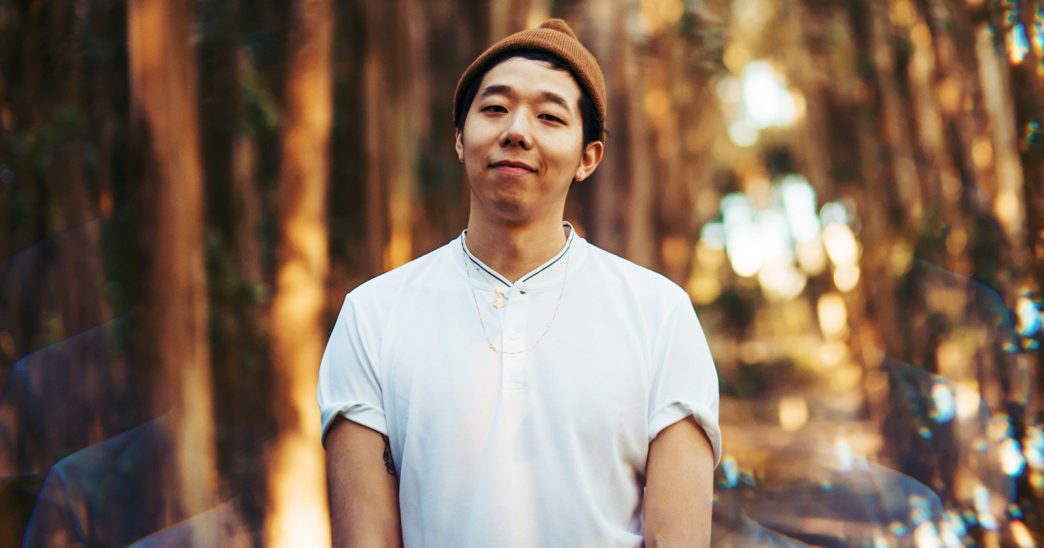 At August Hall, Giraffage was accompanied by opener Qrion, a 24-year-old producer from Sapporo, Japan whose signature sound maintains a balance between ambient soundscapes and bass-heavy rhythms. Her performance ranged from a Cardi B remix to her song “iPhone Bubbling”, a creative composition where the foundational beat is the familiar ding of an iPhone message. True to her background, Qrion included a Japanese track in her setlist and left the audience in high spirits with a song from her new Trip EP.

Taking center stage, Giraffage started his performance with “Slowly,” one of his most popular songs from the album Too Real, released late last year. “Oh, it slowly grows” are the first lines echoed by distorted, chopped-up vocals. It was a fitting first track to play, setting the stage for Giraffage to build up the energy of the crowd throughout the night. Sticking with an eclectic vaporwave theme, Giraffage used a variety of colorful, trippy graphics as his backdrop, including a gleeful dancing gecko, his “skeleton band”, and meme-like cut-outs of his cat. Skulls were also featured prominently, instilling a darkness in the imagery that contrasted with the playful vibrance of his other visual elements. In a way, it’s a reflection of Giraffage’s musical performance style, which vacillates between moody low tones and bright high climaxes.

While not many songs from Giraffage’s latest album made an appearance during his set, the DJ did show off his remixing abilities. His song, “Do U Want Me,” originally atmospheric and mellow, transformed into a banger when combined with Lil Pump’s “Gucci Gang”. In another remix, Giraffage brought back the mid-2000s with Mariah Carey‘s “Touch My Body” and Fall Out Boy’s “Sugar, We’re Goin Down”. Ending the night with an encore spurred by fans, Giraffage’s homecoming performance set an impressive precedence of what’s to come for future concerts at San Francisco’s August Hall.