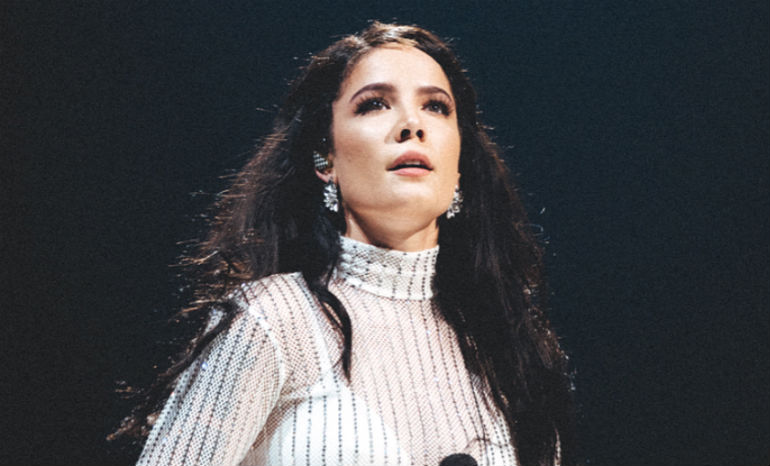 Although she couldn’t make it to accept her award in person, Halsey was the recipient of the GLAAD award for Outstanding Music Artist, and she proudly accepted the award via Twitter. For the award, she was up against other acts such as Miley Cyrus, Kehlani, Kesha and Sam Smith. Halsey is constantly working hard to represent the LGBTQ+ community and identifies as a member of the community herself. She’s said before that it took her a long time to come to terms with her sexuality as a bisexual woman, but now, she lives her life proudly.

“I have spent a large part of my life trying to validate myself to my friends, to my family, to myself trying to prove that who I love and the way that I feel is not a phase, it’s not part of some confusion.” She stated in her acceptance video. As heard in songs like “Strangers” feat. Lauren Jauregui and “Bad At Love,” which are both featured on her album Hopeless Fountain Kingdom, Halsey incorporates female pronouns, which she said she found the courage to do over this past year.

Along with thanking her fans for this award, Halsey used this platform as an opportunity to educate everyone watching on the homelessness of LGBTQ youth. 40% of homeless youth in the United States identify as LGBTQ. Unfortunately, they also have trouble getting basic necessities such as healthcare, education, and legal help. She encouraged people to go check out local homeless shelters and youth services to see if they offer any help specifically targeted towards LGBTQ youth.

Halsey has worked in the past with charities such as the Happy Hippie Foundation, which was founded by Miley Cyrus. She closed out her speech by saying “thank you for giving me the strength and the courage everyday to be myself, and I can only hope that I do the same for you. Watch the full speech down below!

“Thank you for giving me the strength and the courage every day to be myself.” Watch @halsey accept the #GLAADawards for outstanding music artist and her call to action to support LGBTQ homeless youth. pic.twitter.com/GLgQqgw7uD