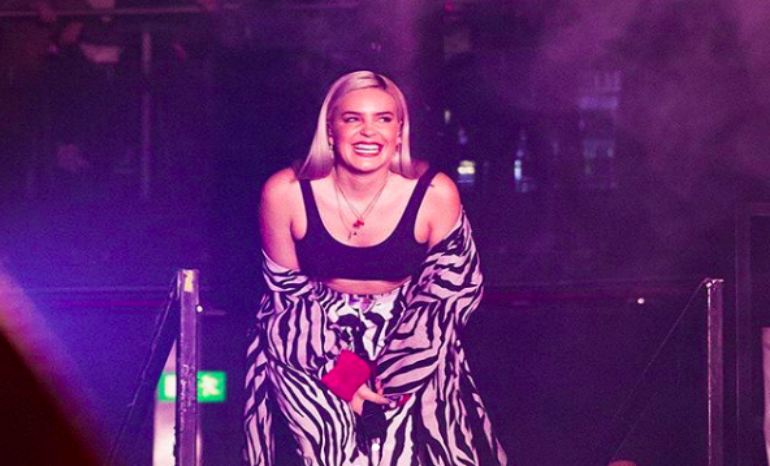 Anne-Marie just debuted the music video for her new single “2002.” The British pop singer is best known as the lead vocalist on the 2016 Clean Bandit song “Rockabye” featuring rapper Sean Paul. Recently, she sings on the track “Friends” with Marshmello, which hit #1 on the Billboard US Dance/Mix Show Airplay charts. In addition to these chart-topping tracks, she’s also worked with Rudimental and Joey Badass, so it’s no secret that Anne-Marie has been making a name for herself.

Her new debut album Speak Your Mind, released April 27th, features the song “2002,” which is the album’s sixth single. So far it’s peaked at #5 on the UK Singles Chart. The song was co-written by Ed Sheeran, Julia Michaels, Steve Mac, and Benjamin Levin.

In “2002,” Anne-Marie sings about a childhood romance that began in 2002 and has continued on through her adulthood. She reflects back on songs that her and her love interest sang when they first fell in love in 2002. In the chorus, she sings, “Oops, I got 99 problems singing bye, bye, bye//Hold up if you wanna go and take a ride with me//Better hit me baby one more time” which references the following songs:

While we appreciate incorporating past songs to re-create a new song’s story, we’re partially annoyed that none of the songs she mentions are actually from the year 2002.

“99 Problems” wasn’t even around in 2002! It was released on Jay-Z’s 2003 The Black Album. We understand wanting to reference songs of the past that are reminiscent of childhood, but titling a song “2002” and not including any cultural references to that year is a bit misleading. “2002” is a fun song, and while the music video is well done, its inaccuracies are something we haven’t been able to look past.