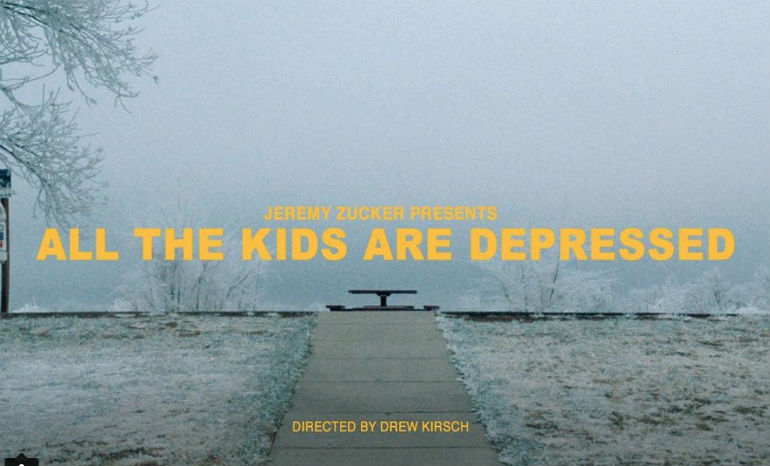 If you haven’t yet heard the name Jeremy Zucker, you likely will soon. The 21-year-old Colorado College student is turning heads with his honest, down-to-earth pop songs. With his latest music video for “all the kids are depressed,” Zucker opens up the conversation on mental health. The central focus of the song is how societal stigmas stifle the discussion around prevalent issues like depression and anxiety among young people. In his commentary on Genius Lyrics, he states:

“a lot of people refuse to legitimize depression in real life and on social media. the reality is that everyone has some sort of relationship with depression and that no two people experience it in the same way. i really think that kids these days are the first generation to address mental illness in a constructive manner”

Released during Mental Health Awareness month, the video features seven personal stories out of hundreds sent to Zucker after he put out a casting call. In the introduction, he describes how people poured out their “deepest hopes, fears, and dreams” in these messages and finishes his monologue by saying “I hope this film gives you a voice. I hope this film helps you. You are not alone.”

With its warm hues and symmetrical camera shots, the filmography gives off a Wes Anderson vibe, tinged with a hint of nostalgia. The most compelling aspect of the video is its intimacy and rawness. The stories are told via yellow captions along the bottom of the screen, but the words combined with the imagery is what emphasizes how deeply personal each story is. Each of the seven people (including Zucker himself), is shown going about his or her daily life – biking through a neighborhood, standing in front of a church, decked out in hockey gear at an ice rink. A few sequences are edited to resemble a VCR tape, making the film appear even more like a home video. Many of the shots show the subject peering directly into the camera, which further the concept of allowing us a peek inside their minds.

An extended version of the song is used for the music video, including a guitar interlude accompanied by a crackly voicemail. The instrumentals are sparse, consisting mainly of acoustic guitar, light piano synths, and a soft drumbeat. Despite the lyrics, the musicality of the song doesn’t carry an especially melancholy tone, separating itself from many other songs which approach the issue of mental health from a much more plaintive perspective. Rather, Zucker sings with acceptance, “My natural reaction is that we’re scared / So I guess we’re scared”, giving credibility to the fact that it’s okay to experience and talk about these feelings.

“all the kids are depressed” and its accompanying music video voice a sentiment that is relatable not just to young adults today but also to the human race as a whole. It’s striking because it so poignantly remarks upon the human condition and the most vulnerable part of ourselves that we so often keep hidden away. While each person in the music video has a different experience with depression and how they deal with it, there is a shared sense of solidarity and bravery in how they tell their stories.

Featured Image: Jeremy Zucker – all the kids are depressed/Republic Records