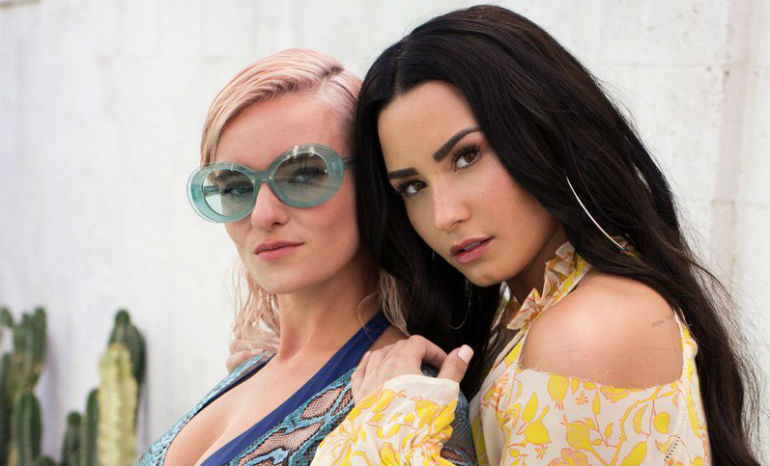 Demi Lovato and Clean Bandit teamed up for a collaboration that is sure to be a summer hit. The song, “Solo,” is an EDM laced synth-pop dance track that is somewhat different from the typical Lovato track. Lovato, known for her stellar vocals, uses them in a much more subtle manner on this track. Clean Bandit, comprised of band members Grace Chatto, Jack Patterson and Luke Patterson, play with vocal effects, particularly in the chorus, when Lovato sings “I do it solo,” dropping her voice octave to an almost robotic sound.

The concept of the song is based on one of Clean Bandit’s members, Grace Chatto’s, personal experience with a breakup. Speaking to the London Evening Standard newspaper, she said: “I’ve been going through a difficult breakup for a long time and the message is you can’t just replace an ex-partner with someone else. You have to be strong in yourself. I’ve never been through a breakup like this before… I was always the type of person who would go straight into another relationship.”

She also elaborated to Metro newspaper about how the song came together, revealing that they could not book studio time with Lovato and that the collaboration was ultimately recorded over FaceTime. “We recorded it over FaceTime. It was crazy. She was in Alabama in a studio and we were over here. You know when the connection is bad and the speed fluctuates? We couldn’t hear that well, but it turned out really well.”

EDM-infused pop songs have been ruling the charts for the last few years. Lovato recently saw success with last year’s “Sorry Not Sorry,” off of her album Tell Me You Love Me, which was also accompanied by a synth-pop beat. Her follow-up single from the album of the same name, “Tell Me You Love Me,” a power ballad complete with brass and horns, did not fare the same success. She also had success with last year’s “No Promises,” a collaboration with EDM artist, Cheat Codes. With this pattern, it would be surprising if “Solo,” another EDM infused collaboration, didn’t rule the charts, particularly in time for summer when dance pop songs take over.

Our new single is out! “Solo” by @cleanbandit and me! Check it out here: https://t.co/R1PJOoxEaa pic.twitter.com/OJm39IMbfO

Ultimately, the song is about getting over a heartbreak by doing things yourself. In the spirit of the message behind the track, Grace Chatto shared some tips for getting over heartache with her fans, “‘Exercise, yoga, seeing friends, doing things that you love. … The worst way is anesthetizing with alcohol or drugs.’”

Check out the audio link to “Solo” below and let us know what you think in the comments or tweet us @Soundigest – is it a future summer smash or a dud?