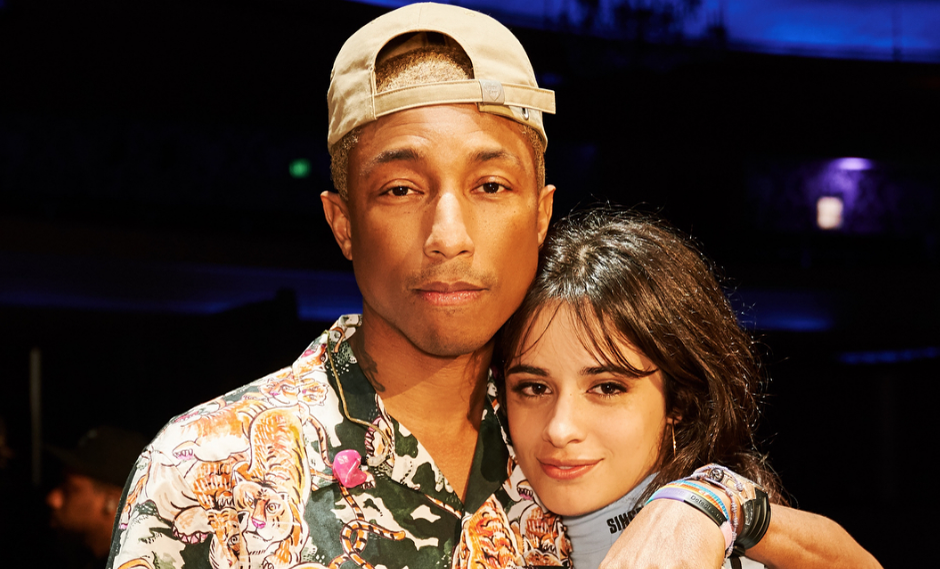 Camila Cabello and Pharrell Williams have teamed up once again and given us a spicy duet,  “Sangria Wine,” just in time for summer.

Camila debuted “Sangria Wine” on her Never Be The Same tour, and even performed the song together with Pharrell at her show in Los Angeles. Recently, Camila and Pharrell have been teasing the song on social media by posting polaroid photos of each other with the hashtag #sangriawine.  The song was set to be on Camila’s debut album Camila, but didn’t make the final cut.

“Sangria Wine” is a salsa-influenced track that featured elements of reggae. It features a playful back-and-forth between the two. Pharrell starts off the song as he praises her dance moves and invites the listener to do the “sangria wine.”

Camila continues the flirty back and forth as she sings, “Let’s float around like the fruit at the top / In Miami where winters are hot.”

They later come together to sing the title phrase.

The pair performed the song together live for the first time at the Billboard Music Awards. Pharrell appears in the beginning on what looks like on mountain of pink confetti and is joined by Camila later on.

She finished out her performance with her smash hit “Havana,” which she also worked on with Pharrell.

Camila was up for four awards that night, and took home the fan-voted award for Billboard Chart Achievement. She’s currently a supporting act along with Charli XCX on Taylor Swift’s Reputation tour.

Camila and Pharrell don’t seem to disappoint when they team up. We’ll be dancing along to this song throughout the summer with a glass of sangria in our hands!