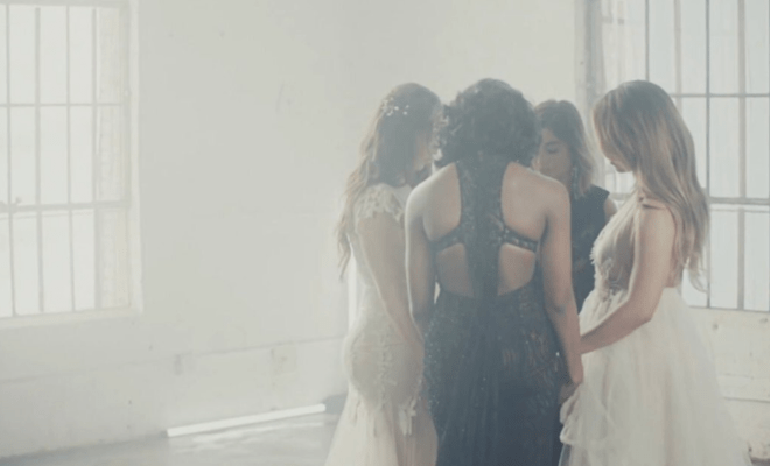 Fifth Harmony released the music video for fan-favorite “Don’t Say You Love Me” last Friday (May 18th) and Harmonizers have never been more heartbroken. The music video accompanied the news that the group will be on an official hiatus in order to pursue their solo careers.  The Harmonizers (Fifth Harmony’s loyal fanbase) have been pushing for this song to be a music video from the album’s release, so what better way for the girls to say goodbye than to giving fans what they’ve been waiting for!

After releasing their official statement back in March, Harmonizers believed this was the end of the road for their girls. “We do need to take some time for now to go on a hiatus from Fifth Harmony in order to pursue solo endeavors.” A couple weeks later after the not-so-surprising news of the hiatus, the group posted this photo on all of their social medias without a caption or anything. Harmonizers investigated the photo and suggested that it was either a goodbye video, new song, or in fact the music video for “Don’t Say You Love Me.”

It took two months for us to figure out what the mysterious photo was all about, but many of the Harmonizers were right! The girls released their final music video before their hiatus saying, “Thank you for an incredible journey. We love you, Harmonizers!” The video is very simple, but elegant and showcases the girls’ beauty and simplicity. The final minute of the video is the most pivotal moment; each of the four girls are seen going out a door and closing it signifying that this chapter is coming to a close. It isn’t until the last member of the group, Ally, goes out the door and doesn’t close it, hinting at a possible return of the four girls in the future.

Here are some reactions and goodbye messages from the Harmonizers:

“but we all know that fifth harmony is home” #DSYLMMusicVideo pic.twitter.com/5PHXjX1atD

As a huge Harmonizer, I am so sad to see the girls go their separate ways. This video was a perfect way to end this era of Fifth Harmony and a great way to open the door on each of the girls solo endeavors. Ally Brooke, Normani, Dinah Jane, and Lauren Jauregui all plan to make their mark in the music industry and we cannot wait to see what happens next! Check out the video and make sure to tell us your thoughts below or tweet us at @soundigest!