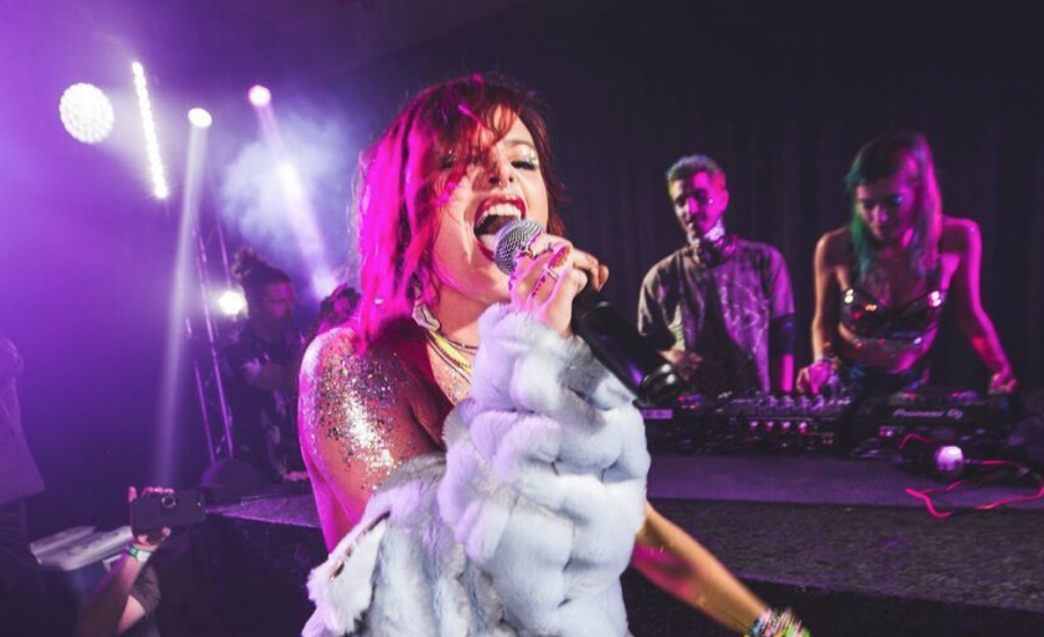 The 20-year old actress, singer, and ex-Disney icon expresses her bad-girl image once again through these two new songs.  The lyrics in “B*tch I’m Bella Thorne” talk about growing up in fame, and her life as, obviously, Bella Thorne. “Seen me on TV a million times before / Been inside the club since I was hella short” is most likely in reference to her previous Disney Channel show when she was a young teen, and “Everywhere I go, I guarantee paparazzi / I’m not trynna front, you see me riding shotty / But paparazzi, make sure you get good shots of me / I be taking shots in my car, I’m so crazy” depicts her current lifestyle to her fans. Repeated throughout the song is her mantra “B*tch I’m Bella Thorne,” which will surely get stuck in your head, however it gives the song a good beat to dance to and it’s catchy.

Her second single, “G.O.A.T.,” is a hype song for herself, rapping “She the baddest in the club” and, true to its title, “She the G.O.A.T.” The song has a more soothing and low-key beat to it, or as soothing and low-key as rapping about clubbing and partying can be. Personally, I prefer “B*tch I’m Bella Thorne” over “G.O.A.T.” as I find it easier to listen to, but we would love to know what you think of the two songs!

It’s hard to predict what Bella Thorne is going to do next in any situation, but one can only expect with a new record label and two singles that she’ll only continue to make new songs and grow as a musician. Watch out for what she’s going to do next!