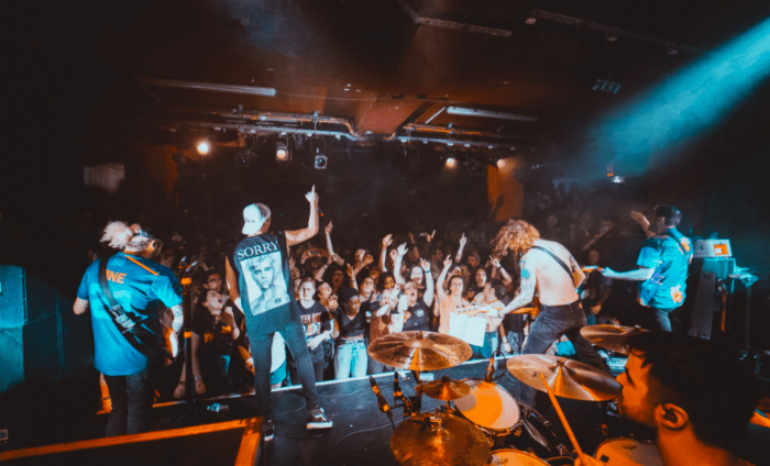 The New York Hot Boys State Champs are back again with their third single off their upcoming album, Living Proof, out June 15th, titled “Mine Is Gold” released on May 24th. The band previously released “Crystal Ball” and “Dead and Gone” off Living Proof earlier this year.

The band released the song exclusively with billboard.com with a visual music video to accompany the new track.

I WONT LET YOU LIVE MY LIFE FROM INSIDE MY HEAD. NEW CHAMPS BABY LETS GO!!!https://t.co/QpUiDoElox

“If you’ve ever been betrayed, bullied, or doubted by someone close to you, ‘Mine Is Gold’ is for you — This one hits home for us in a range of ways and gives us a sense of pride after the musical risk we took on the chorus of this song especially, we took a lot of influence from bands like Cartel and Saves the Day on this song and the way they can shape dynamics and changes in energy,” lead singer and frontman, Derek DiScanio told Billboard.

The band will be touring the entirety of the last Vans Warped Tour as headliners, and then head out to open for Fall Out Boy on select dates of their North American arena headline tour into the fall.

Watch the visual for “Mine Is Gold” and get a look at State Champs’ recording process HERE: