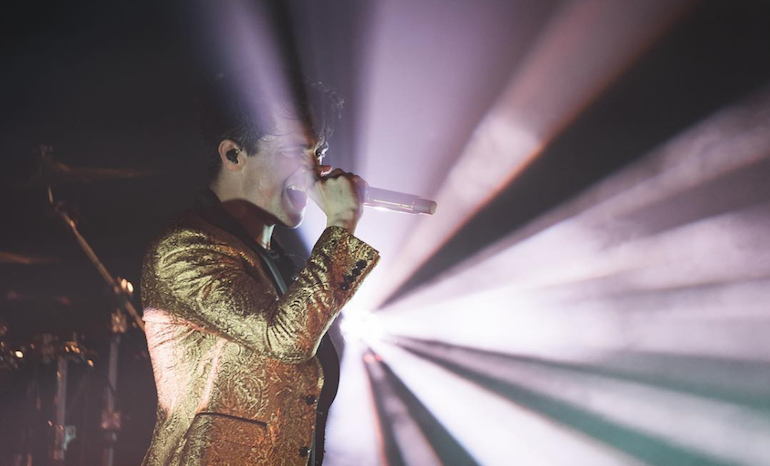 Panic! At The Disco has been busy releasing a lot of new music lately, and recently, they released their third single “High Hopes” off their upcoming album Pray for the Wicked. The new album is set to be released on June 22nd.

“High Hopes” stays true to Panic’s iconic sound, fitting in orchestral instruments to create an upbeat and well-rounded song. The stringed instruments find a home in the pre-chorus, building up the anticipation of the beat drop in the chorus, where the trumpets give the song its buoyant energy.

Singer Brendon Urie has his own unique sound that can never be mistaken for anyone else. Urie is arguably one of the best singers in the scene, and he has used his talent in an array of ways– from singing in Panic to having a leading role in the Broadway musical Kinky Boots. Panic! At The Disco and Brendon Urie himself are able to experiment with their music in a way that keeps them relevant in the pop music scene, yet they still stay true to the sound they have always put forward, which is evident with this new single. Let’s be real… it’s impossible to not know a Panic! At The Disco song when it’s being played.

“High Hopes” is an inspiring song that fits its upbeat instrumentals. In the chorus, Urie sings “Had to have high, high hopes for a living // Didn’t know how but I always had a feeling // I was gonna be that one in a million // Always had high, high hopes.” Urie wrote an explanation for the song, saying, “I spent too long not setting my expectations high enough, worried about how it felt to fail. I hit a point when I realized I had to aim high and fail, fail, fail in order to keep growing.” The song gives listeners a clear message of optimism, to not be afraid of failing, supported by the energy of the music itself.

Panic! At The Disco will be following the release of Pray for the Wicked with a U.S. Tour, starting July 11th in Minnesota. Attending a Panic concert and listening to “High Hopes” is the perfect way to spend your summer!