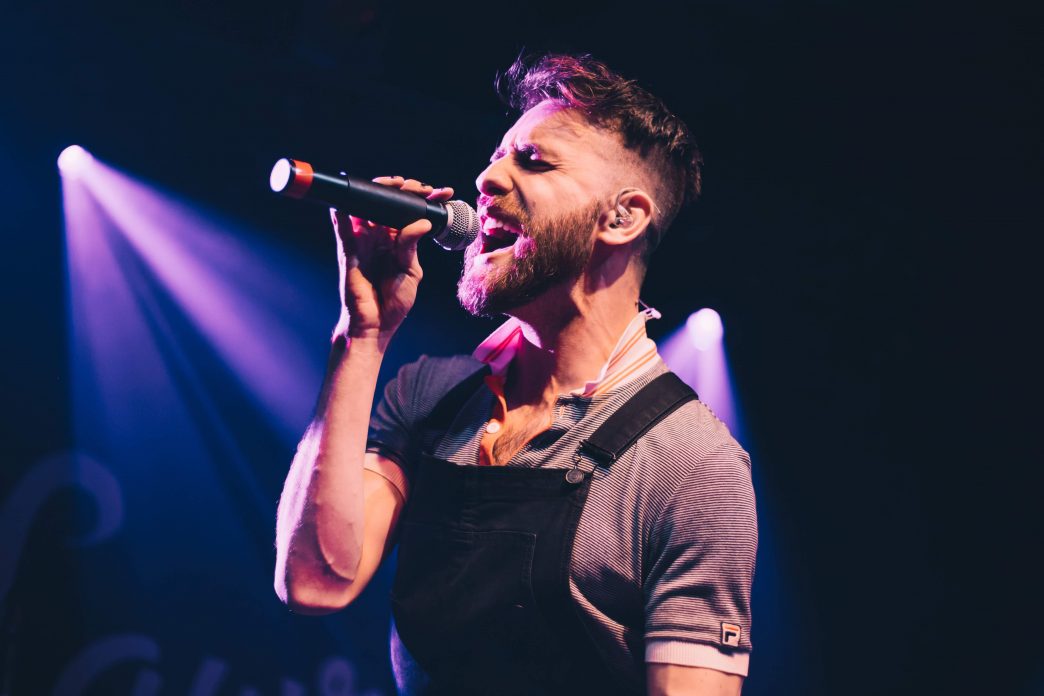 As the final opener for brother-sister duo Lawrence, Michael Blume captivated the crowd’s attention with his energetic performance at The Independent in San Francisco on May 25th. The multi-talented New Yorker sings, raps, and writes his own songs, and doesn’t hold back in telling his personal story through his works. He has accumulated over 1.5 million plays on Spotify for his hit songs “Manufactured Love” and “Colors,” the former of which was featured by both Spotify and Apple Music.

Blume’s songs are a mix between the upbeat catchiness of the pop genre and the depth and soul of R&B. In certain songs, he switches between staccato rap lines and smoother vocal verses with a gospel-like tone. His lyrics are sometimes punctuated with pithy phrases like in “R U Mad” (comprised of the refrain “Are you mad that I’m gay?”) and other times wax poetic like in “Colors” (“The prophet told me everything / She came into my dreams / She said “Michael, baby / You must flee”).

Based on his music and live performance, the spirit of Michael Blume would probably best be described as unapologetic. He carries himself fearlessly, commanding the stage with a passionate energy augmented by the personal nature of many of his songs. In “Blunder,” released earlier this year, he sings “I’ve been searching for a while now / Thinking that it’s time now / I’ma throw away this / But ever since I was a child / I’ve had it on my mind / I’m dealing with my shame.” During the show, Blume mentioned how he had lived in hiding for 18 years of his life before coming out as gay. Now, it appears the artist has shed that shell, and as a social activist, encourages others to also embrace their true selves. As Blume repeated throughout his set, music brings people together, and the show that night was more than proof of that.

Michael Blume’s next project will be out on June 8th in the form of a 6-track EP called cynicism & sincerity. In addition to presenting upbeat tracks like “Lifting You,” the album will continue to carry his message of equality and social justice. Explaining the title, Blume says, “It was important for me to acknowledge the good and the bad. Even though they’re in opposition to each other, they’re both flourishing at the exact same time. There’s a dichotomy of multiple truths where two things in opposition exist right next to each other.”