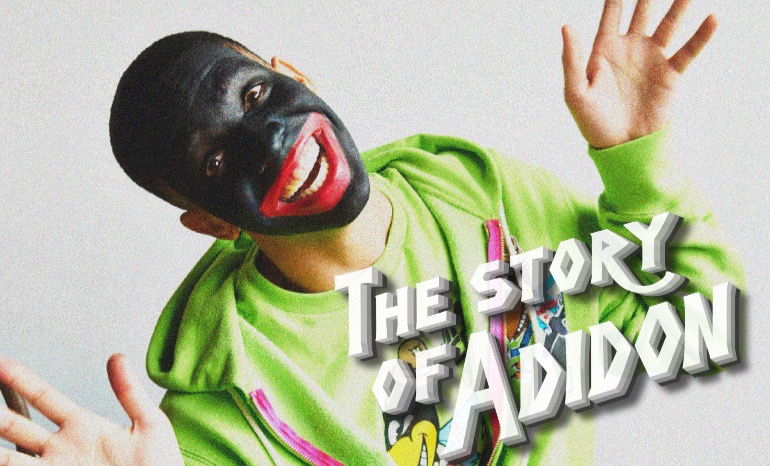 Last week, a rap beef nearly two decades in the making finally boiled over, and the biggest rapper on the planet caught some devastating blows.

If you haven’t been on twitter lately, allow me to catch you up: Grammy Award-winning, chart-topping megastar Drake was just on the receiving end of a savage diss track at the hands of Kanye West-affiliated rapper, Pusha T. The song, entitled “The Story of Adidon,” could have career-threatening implications for the Canadian-born rapper/singer and the hip-hop community is currently waiting with bated breath for his response.

The origins of this feud date back to 2002, when Pusha T’s group Clipse found itself at odds with Birdman and his label, Cash Money Records, over a payment dispute when they were featured on his single, “What Happened to That Boy.” Further conflict arose when his label-mate Lil Wayne allegedly began “biting” Clipse’s style by dressing in a manner that Clipse and their close collaborator Pharrell Williams had popularized in the hip/hop community. This led to Clipse firing what is considered the first official shot of the war, with their song “Mr. Me Too”, a track that many believe was about Wayne despite not mentioning him by name.

Over the years, Pusha T and Wayne traded verbal and lyrical barbs, keeping the beef alive. Having had his career kickstarted by Lil Wayne, Drake eventually felt the need to enter into the fray. There’s a long and fascinating history to this feud; an intrepid hip-hop scholar could fill entire chapters of a book just detailing the subliminal jabs and the blatant disrespect that Push’, Drake, and their respective camps have leveled at each other. However, for the sake of brevity, we’ll fast-forward to the events of the last two weeks.

After more than a year-long ceasefire between the two, Pusha T reignited the conflict with “Infrared” off of his album, DAYTONA, which released on May 25th. On the track, Push’ accuses Drake of using ghostwriters, an insinuation that many have leveled against the platinum-selling artist. It’s a tactic that didn’t seem to do Meek Mill any good when he tried to diss Drake a few years back, and it’s a criticism that, frankly, most music fans don’t care about. Nonetheless, “Infrared” certainly caught the attention of its target.

Within 24 hours, Drake came back with one of the best rap performances of his career. His response, entitled “Duppy Freestyle,” addressed the accusations by pointing out that Kanye West, who produced DAYTONA, uses ghostwriters too – including Drake himself, who has writing credits on Ye’s “30 Hours” and “Facts” as well as having contributed to “Father Stretch My Hands” and allegedly writing the hook to “Yikes” off of Kanye’s latest album, Ye. In addition, he accuses Pusha T of using exaggerated stories from his drug-dealing past in his music (“Man, you might’ve sold to college kids for Nike and Mercedes / But you act like you sold drugs for Escobar in the 80’s”). He goes on to suggest Pusha’s career has faded, and that he’ll never get out from under Kanye’s shadow. He even name-drops Push’s fiancé Virginia Williams, a move that many rappers would consider crossing a line despite the fact that Drake made no disparaging or disrespectful remarks about her.

For a few days, it seemed that Drake had won yet another rap beef. Last Tuesday, it became painfully clear that “Infrared” was just the beginning, a move meant to bait Drake out into the open so Push’ could really lay into him with the most brutal diss track released in over a decade.

“The Story of Adidon” is relentless: Its artwork is a highly controversial, unedited picture of Drake wearing blackface; It accuses him of profiting off of communities he never gives back to and doesn’t belong to. It reminds him of his dad abandoning him when he was young; It mocks his friend/producer Q who has a life-threatening case of Multiple Sclerosis; it mocks Drake himself for having to split his millions up among a horde of label executives and managers and seriously damages the branding of Drakes upcoming Adidas sneaker line, Adidon. But the headline-grabbing, knockout punch was delivered when Push outed Drake for having allegedly knocked up porn star Sophie Brussaux and abandoning his own child, mirroring the actions of his father.

“The Story of Adidon” set the internet ablaze with controversy, with Drake even going so far as to apologize and explain the context of the blackface photo on instagram. In the eyes on many hip-hop fans, this was seen as Drake conceding defeat.

In the days that followed, Kanye and J. Prince, a respected hip-hop mogul with close ties to Drake, both reached out to their respective proteges and seem to have squashed the beef – for now. But with rumors circling about a devastating response track Drake recorded that takes aim at both Push’ and ‘Ye and Drake’s album Scorpio on the horizon, it remains unclear if we’ve heard the last shot in this firefight. Only time will tell.