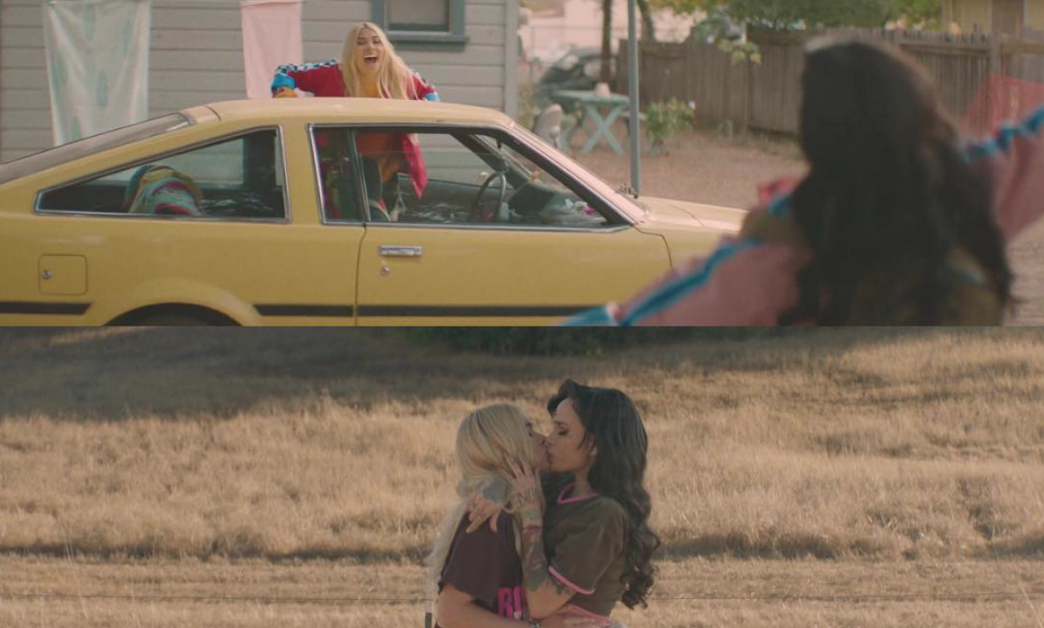 It’s officially June which means Pride Month has begun! Her fans refer to her as “Lesbian Jesus,” and this video shows us why. Hayley Kiyoko has been referring to this year as “20GayTeen,”  and it doesn’t get much more gay than a love story starring her and Kehlani! “What I Need” takes us on a journey through these two characters’ struggle of being together.

Before watching the video, it’s important to know that all of the speaking parts were completely improvised. The only parts that were scripted were the actual scenes. Kehlani took to Twitter to share that detail with her fans. So, if you’ve already watched it without knowing that, watch again and be completely amazed!

The video opens up with Kehlani packing up her belongings for good amidst a heated argument with her aunt. The pair are arguing about her friendship with Hayley; her aunt thinking that they are just best friends. It’s clear that the two are definitely more than friends and Kehlani then storms out to run away with Hayley.

The duo hit the road with no destination in mind, and can be seen flirting, dancing, and enjoying life together no matter where they are. A near car crash quickly interrupts their trip, but the two do what any runaways would, they hitchhike. No one comes along so the pair continues walking until finally a run-down pick-up truck swings by. Kehlani jumps in the back bed of the truck and Hayley runs to catch up. She finally jumps in as well and the two ride along, still with no destination in mind.

A little ways into the ride, the driver notices the two ladies in the truck and completely freaks out. He takes a liking to Kehlani, but Hayley has a bad feeling about it. He said he would continue driving them to where they needed to go, and Kehlani hops right in the car. Hayley still with a bad feeling, opts out, and can be seen walking alone on the abandoned road. At this point, I’m sure EVERYONE is wondering why Kehlani would just leave her like that. That is, until she’s seen running back to Hayley. The two embrace in a kiss and that’s the last that we see of them.

Check out the video below so your hearts can swell just as much as ours! Let us know what you think in the comments or tweet us @Soundigest!