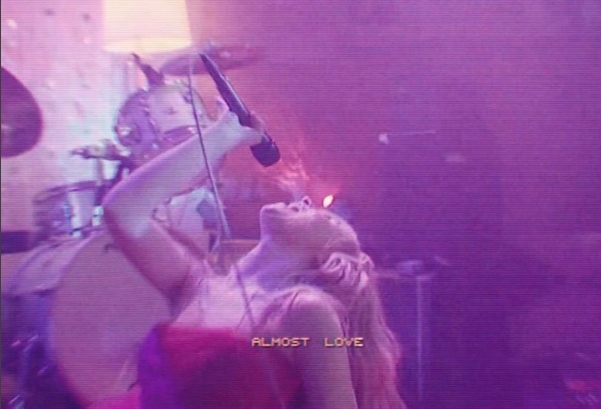 The day has finally arrived, Sabrina Carpenter just released her newest single, “Almost Love,” on June 6th and we cannot stop jamming to this bop. Carpenter has been teasing this single for over a month now with videos of her in the studio and behind the scenes. “Now you’re getting it close / Almost love, it’s almost love / Speed this up ’cause I’m excited / No more, no more taking it slow” Sabrina sings on the song, telling her man that she no longer wants to take things slow, she wants to be in love.

Miss Carpenter first premiered the track to fans at Wango Tango 2018, just a few days prior to the release. When being asked about performing “Almost Love” for the first time, the pop-star went to say: “To get the opportunity to do a song that no one’s ever heard before live is a weird feeling because you have to take whatever comes at you in the moment because there is no going back once you start.” The performance was one of the stand outs of the night, with her dance routine and set pieces reflecting the cover art for the single.

Sabrina also shared some other news regarding her third studio album! She posted a short video on her social media pages saying “I made an album, then I made this trailer.” The video shows Carpenter walking through what looks to be an art museum, accompanied by background music.  Maybe it’s a hint to another track on the album? The biggest news of it all was when Sabrina revealed the name of her album, Singular, which will be released this winter!

She gave us so many surprises this week that we cannot stop freaking out! What do you think of Sabrina’s new single “Almost Love?” Comment below or tweet us @soundigest and give us your review of the song. In the meantime, check out the lyric video for “Almost Love” below.