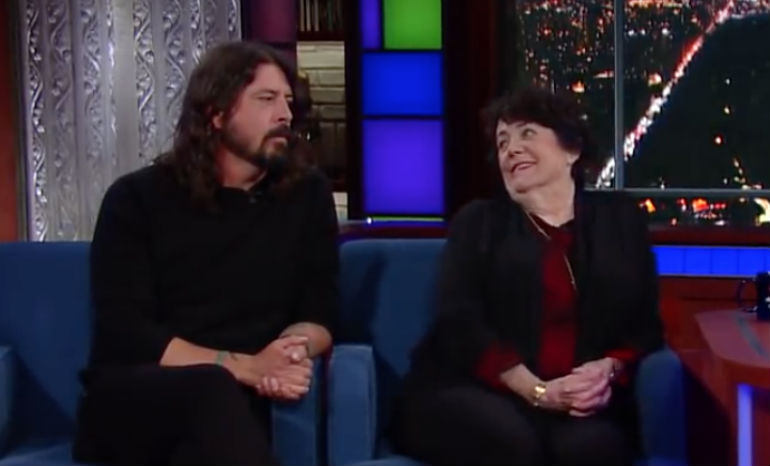 Foo Fighter‘s Dave Grohl is producing a new documentary series on rockstars’ moms with no one other than his own mother, Virginia Hanlon Grohl!

From Cradle to Stage will feature interviews with the moms of Adam Levine, Rage Against The Machine‘s Tom Morello, Pharrell Williams, REM’s Michael Stipe, and more, including Virginia’s own story.

The docuseries is based on Virginia’s 2017 book by the same name, and will be executively produced by Dave and Virginia alongside Live Nation Productions’ Heather Parry and Live Nation CEO Michael Rapino.

“I’m excited to introduce the viewing public to the strong, loving women who have supported the insistent dreams of their musical sons and daughters,” Virginia Grohl said in a statement to Variety.

You can get a copy of Virginia’s critically acclaimed book here.

According to LA Weekly, “In From Cradle to Stage, [Virginia] proves that the most interesting thing about rock moms is not their children – it’s a culmination of the decisions they’ve made as mothers: the sacrifices, boundless support and trust that granted their children the freedom to pursue their dreams.”

The mother and son duo appeared on “The Late Show with Stephen Colbert,” last year to promote the release of From Cradle to Stage,” where you can see just how well the two get along. Virginia even brought an old report card of Dave’s from middle school, and well… it’s “unsatisfactory.”

“I’m beyond excited to join in on the next step of my mother’s project to explore the stories of other musicians who were as fortunate as me, having been raised by such amazing women… Plus… I owe her one,” Dave Grohl told Variety.

We don’t know about you, but we can’t wait for this documentary series to air. In the meantime, though, we might just have to get our hands on a copy of the book.