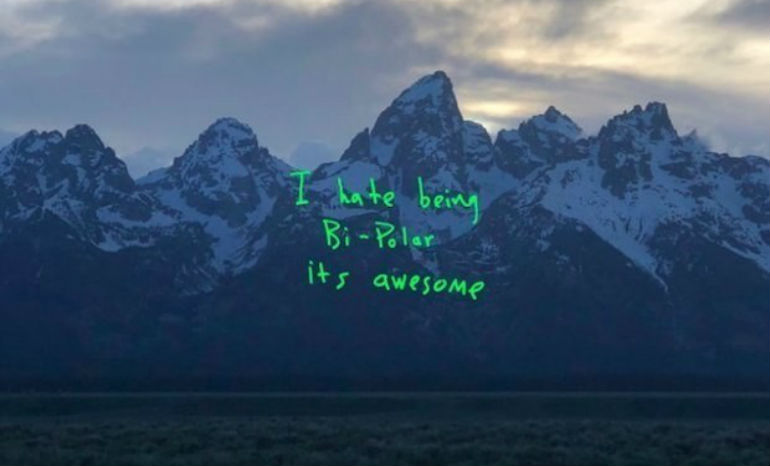 Kanye West has been one of the most enigmatic figures in music. His wildly erratic rants earlier this year has made his fans hesitate to defend his behavior. Just like the rapper himself, his latest and eighth album, straightforwardly titled Ye, has been his most polarizing album since Yeezus. While the album runs a little less than 24 minutes long, it’s as chaotic as the artist himself.

While Ye is a shorter version of the name Kanye, the rapper claims to have named the album that because it’s the most commonly used word in the bible. While we tend to think the album is something he just named after himself, it adds another interesting perspective to the album. The making of the album was reminiscent of My Beautiful Dark Twisted Fantasy, with it being recorded mostly in one area, Jackson Hole, Wyoming, with numerous high-profile artists jumping on the project.Ye was also said to have been re-recorded in a month after the incident Kanye had with TMZ.

Maybe it’s the fact that Kanye didn’t have much time to work on this album due to a couple of other albums G.O.O.D Music is slated to release this year. Maybe he rushed the release of the album because he said he was going to release an album. There’s just something that makes the album lack the personal touch that the rapper has put forth on his other albums. Ye just doesn’t seem to have the meticulous and obsessive effort Kanye has put into his other albums.

To be fair, most of the songs are definitely interesting to listen to, and there’s alot to desire rapping-wise. Despite being imperfect, the songs are really emotional. It sounds like he put his heart and soul into most of these tracks, for better or worse. “I Thought About Killing You” is a good concept where Kanye speaks about contemplating about killing his personal demons. When he begins to rap though, the song seems more goofy than introspective.

“Yikes” seems like the closest thing to vintage Kanye off the album. His flow is great but it doesn’t really seem cohesive with the rest of the album. The beat makes it seem like a throwaway that was supposed to be on The Life of Pablo than Ye. Where we think Kanye shines the most is on the last two tracks of the album. “Ghost Town” is a genuinely good song and, in some ways, you’re able to relate to the rapper. The real star of “Ghost Town” is Kid Cudi. His part makes us more excited for his upcoming album than anything else. “Violent Crimes” is about Kanye rapping about his daughter. While this theme is something that alot of artists rap about, it’s still a sentimental track and a satisfying way to end the album.

Overall, the album is imperfect. It has replay value because the beats still sound refined, but the lyrics tend to drag the songs down rather than lift them up. If you’re a fan of Kanye, the album is still solid but doesn’t hold up much compared to the rest of his discography. Ye is Kanye’s statement of mental illness and his personal demons and, regardless of what anyone has to say about it, it is a Kanye West album.