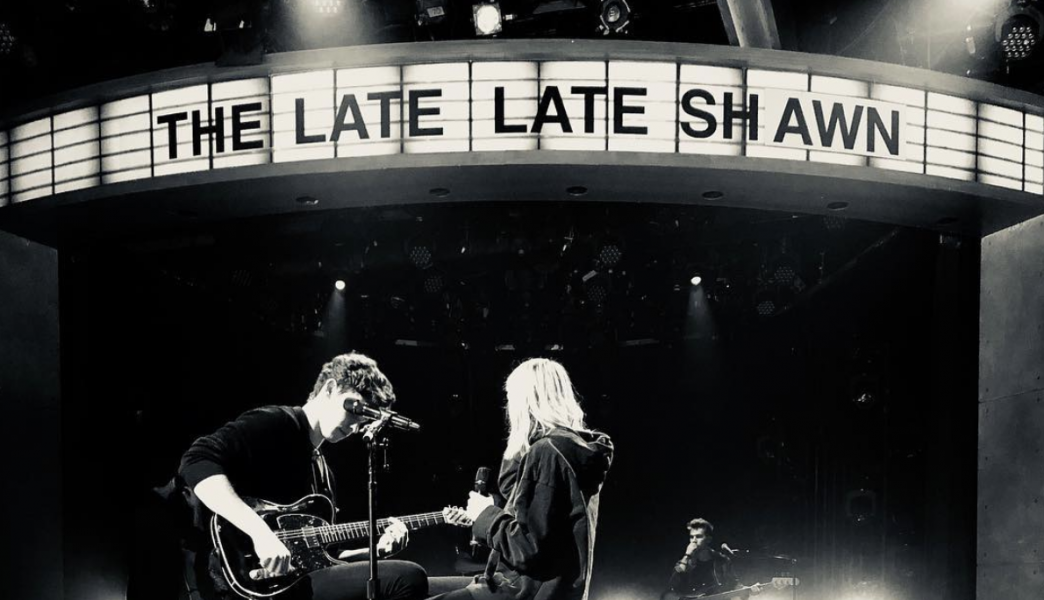 This past week was one for the books at The Late Late Show with James Corden. After the success with Harry Styles week-long residency, it was Shawn Mendes turn, just in time to celebrate his third album. His residency was, to say the least, quite amazing, even more so since I got to experience one of the tapings in person!

Shawn kicked off the week-long residency last Monday, and the show was dubbed Late Late Shawn. He also discussed his third number one album, release just a week prior on May 25th.  On the first night of his residency, Shawn and James surprised everyone with what fans have been waiting for … a Carpool Karaoke.  They also stopped off to play a bit of Ice Hockey and talked about Shawn’s love of Harry Potter. He ended the night with a performance of “Nervous”.

Tuesday night kicked off with Shawn taking over the monologue turning it into a Shawnlogue. He also sat down for a interview and performed a quite jazzy rendition of what seems to be a fan favorite, “Lost In Japan.” Yep, it’s “officially” #LateLateShawn week!

The #LateLateShawn has a nice ring to it, wouldn't you agree? pic.twitter.com/DwtCgCia5e

Wednesday was the taping I was invited to. I had no idea I was getting Shawn Mendes week, I just knew it was a special episode. I arrived at the studio early but not too early since I had priority. We learned that we would see Shawn and James tape a sketch that would air later that night, and Shawn would also tape a special performance with Julia Michaels. They performed “Like to Be You,” taped in a 360 video format. It was the first time I had seen that type of performance, it was such a beautiful song to hear live! The sketch though was the coolest; Shawn took the time to really make sure the sketch with James was done right. I know there were some difficult parts in taping it, particularly when Shawn was turned into an Angel during the choir scene. He made a few jokes about the harness being uncomfortable but overall he was a very good sport about it. The dedication he put into the sketch that took over an hour to film (that was ultimately cut into less than 5 minutes) was very commendable. I tried not to freak out when he stood off stage right next to me.

Closing out the week of Shawn’s residency the Late Late Show, Shawn and James took to Twitter to answer fan questions and Shawn left a vlog on the entire week. The closing night performance of “Perfectly Wrong” was emotional and far beyond Shawns’ 19 years. The fans would like the answer to something though Shawn … Why take the office stapler of all things?

.@ShawnMendes that was our only stapler pic.twitter.com/m4Oippv1yt