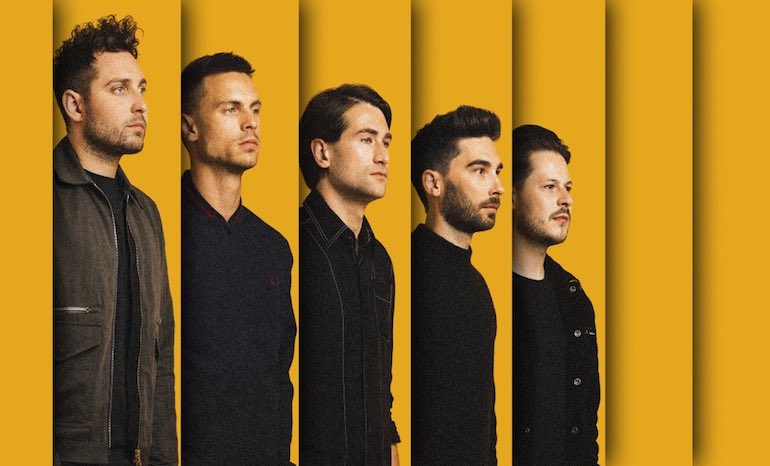 English rock band You Me At Six is back and better than ever, dropping two new and completely unique singles, as well as announcing their sixth studio album, VI, set to release on October 5th.  The two singles, “3AM” and “Fast Forward,” show just how the band is taking a different approach to their new music, appealing to a wider array of listeners.  VI will be the first album that will be releasing under the band’s new label imprint, Underdog Records, in partnership with AWAL, and they’re taking full advantage of their ability to co-produce this album.

“Fast Forward” is definitely a heavier rock song, similar to their past sound. It appeals to their older fanbase, who have been around for their five previous rock albums, while at the same time opening up to a larger rock crowd. The drums and guitar are loud and distinguished, and will give You Me At Six an edge while performing live.

The second single, “3AM,” experiments with a new vibe for the band.  The single plays with the new popular sounds of electro music, while still keeping a punk edge through the drums and vocals.  It opens the door to a more pop-music sound, and will earn the band listeners of all different genres.  Upon first listen, it is similar to the sound of Walk The Moon, yet still staying true to You Me At Six’s personal style.

It will be interesting to see how the band pulls together an album with these first two singles that already sound so different, but it is exciting to see such an accomplished band try new things when it comes to their music.

With the promise of VI comes a UK tour announcement.  The band will be playing five shows in November and December: Birmingham, Manchester, Glasgow, London, and Cardiff.  Until then, it’s time to patiently wait for the release of VI!