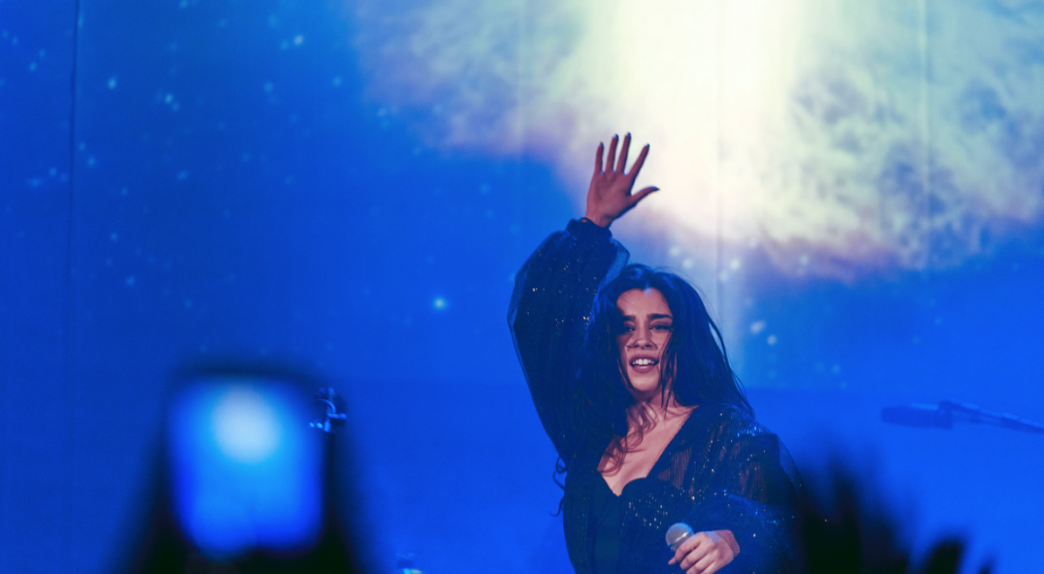 Lauren Jauregui is showing us just how talented she really is as a solo artist by opening up for Halsey on the South American leg of the Hopeless Fountain Kingdom Tour. The tour kicked off on June 6th in Sao Paulo, Brazil. Lauren opened the show by debuting brand new solo song “Toy,” which is a giant clap-back to all of the people who told her how to act just because she’s a woman. She explained the song more in depth on Twitter after the show.

Toy is a fuck you to the patriarchy btw. For all the people (boys and girls) who told me who to be and how to be it because I’m a “lady” 🖕🏼

The second song she performed was “Back to You” by Marian Hill, which Lauren is featured on. She covered “In Your Phone” by Ty Dolla $ign, as well as “All Night” by Steve Aioki. Lauren can be heard featured on those tracks as well. She debuted another new solo song “Inside” before covering John Lennon’s “Imagine,” and Shakira’s “Ojos Asi.” Lauren closed out her set with her last debut song “Expectations”.

Along with debuting these soon to be hits, Lauren released exclusive solo merch. She designed all of the logos herself from scratch, and couldn’t believe the positive reaction she was getting from all of her fans. Some fans even got tattoos to show their support.

I FUCKING DREW THIS FROM SCRATCH MYSELF SO THE FACT THAT YOU LIKE IT GIVES ME PURE LIFE ILL POST THE OG SKETCH FROM MY NOTEBOOK LATER https://t.co/jh6QoslIWk

Yo. This is fucking crazy…I LOVE YOU GUYS https://t.co/XChsIgo2BF

As if we couldn’t love Halsey and Lauren on tour together anymore, the duo showed us just how cute their friendship really is. On opening night Halsey posted to her Instagram story that Lauren bought her healing crystals to spread some positive vibes.  Lauren gave Halsey roses in the Hopeless Fountain Kingdom colors, and the next day Halsey turned them into homemade rose water to give back to Lauren. Halsey had nothing but love and support to show Lauren after her first performance!

Lauren was sooooo good tonight I’m so proud of her I ran out barefoot to walk her to stage and I was crying that’s my sister yoooooo @LaurenJauregui you’re a star!

To celebrate this giant milestone for Lauren, she got a tattoo with the date of opening night. She isn’t planning on releasing studio versions of her songs anytime soon, but when she does we’re sure they’ll be bangers!