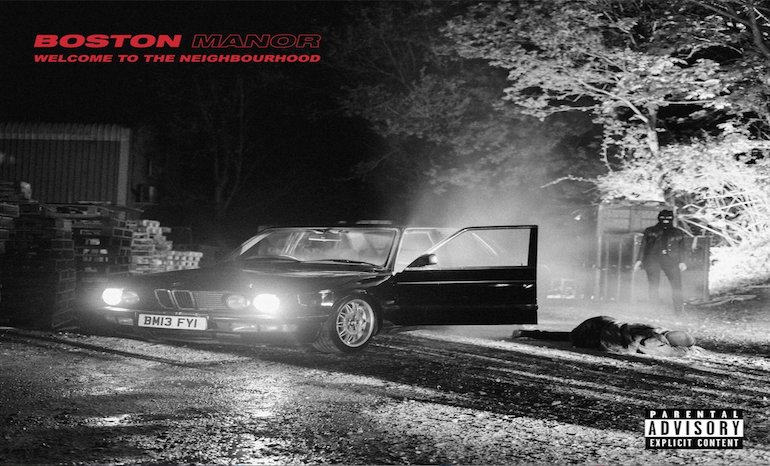 Boston Manor, an up-and-coming British Pop Punk band, is back with a new single accompanied by a music video, PLUS the announcement of an album and tour! Welcome To The Neighbourhood is set to be released on September 7th through Pure Noise Records, their first album since 2016’s Be Nothing.

Boston Manor’s first single off the new album, “Halo,” definitely showcases its mood through the dim red lighting of its accompanying music video. The heavy drums and rock vibe of the song almost distract you from the lyrics, which as lead vocalist Henry Cox states, describes “feeling trapped; being in a vicious cycle and not knowing if there’ll ever be a way out.” When taking the time to really listen, the song becomes much more than its edgy rock instrumentals.

According to Cox, “Halo” almost didn’t make the album at all, and now it’s the debut single. “It was a totally different song,” says Cox, “much slower and moodier. About a month before we went into the studio we reworked it entirely and it morphed into this current incarnation.” Thankfully, the band didn’t scrap the song entirely. The sound and the message is reminiscent of how punk used to be. It takes listeners back to the roots of rock, when not every song was about hope, and instead was about the real feelings behind what lead to punk music.

The band has announced a September UK tour in support of Welcome To The Neighbourhood.  From personal experience, Boston Manor puts on a show you will definitely enjoy, and if given the opportunity, they’re a must see. The “Halo” music video gives a look into how the single will be performed live, and it’ll definitely be a song you’ll want to be in the pit for. Check out “Halo” and its music video out now!