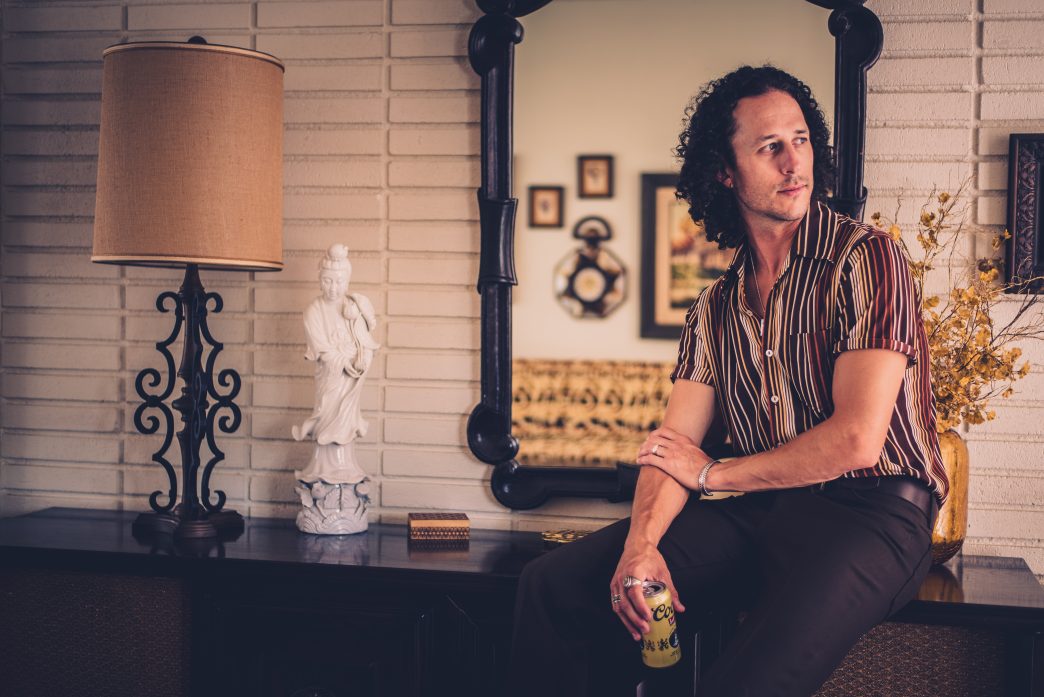 Family man, nature-lover and singer/songwriter David Rosales has just released his first full-length album, Brave Ones, marking his third collaboration with co-producer Matt Grundy. Rosales chose a change of scenery for this recording process, and built the album in a log cabin studio in the Southern California High Desert region. The album swirls hints of blues, folk, country and rock, combining uplifting melodies with genuine messages. Here, Rosales opens up about his songwriting process on the album, his career since his original band Silent Treatment, touring and more.

Talk me through the lyrical inspirations for your album.

As a songwriter, I’m a filter. A filter for the people and places I come in contact with. I take a little bit from other people, my own experience and some fiction. I’ll mix it all up until it blends well. It’s hard to say what is what. It’s really a mixed bag. I feel like the music has more of a cohesive archetype and theme for the album. There’s a story between the notes.

As your first full-length project as a solo artist, what are you trying to show the world about your music with this album?

That I’m worth your time and a listen. You’ll get a pretty good idea of who I am as a person and what I value. I cast a wide net under the Americana umbrella from Country to Rock n’ Roll to Folk and Blues. I’ve always been the type of person that can relate to a number of different people on various levels. There’s something for everyone on Brave Ones.

How’s the tour going so far?

The tour is going well. I’ve had the opportunity to visit cities and places across the country that I hadn’t been before. The reception to the music has been great and everyone has been really kind. Being away from home and my family is rough at times, but it goes with the territory. I’m looking forward to continuing the tour through the end of the year.

How have you evolved as an artist since Silent Treatment?

The easy answer is that I use far less distortion, don’t scream as much  and paint with a broader brush when I song write. Things change, people change and the hope is that the artist continually evolves. Time moves fast and my abrupt pivot away from a Hard Rock/Metal sound happened out of necessity and survival. With each subsequent EP (Smile, On the Sea, Along the Way) I’ve grown more and more secure and sure of myself as an artist and what I bring to the table… It feels good, feels natural.

How do you think Brave Ones differs from your solo EPs, besides the length?

To me, Brave Ones, is a natural extension and successor to the work I had previously released.  The album format allows for the space needed to chase ideas that you might not had otherwise pursued.  The chased ideas are growth opportunities. Songs like “La Batalla”, “Lift Your Hands” and “Free Your Mind” are those type of tunes.

Which track on the album is your favorite to perform and which one would you show someone who’s never heard your music before?

“Lift Your Hands” is especially fun in a live setting. It’s got this vibe that begs for audience to move around.  “Brave Ones (Come with Me)” is great intro into the sound and vibe of album and artist.  It should be no surprise that it’s both the title and lead track on the album.

Will you be creating any visuals for the album?

Yes, we’ve released 3 music videos (“Good to Be Alive”, “Sunshine”, “Lift Your Hands”) and have a treasure trove of video content we’re rolling out throughout the year.

Touring and working the album for the rest of the year along with holding my family close. There will also be a steady diet of practicing the piano with my little girl; attending her swim meets; teaching my little guy to swim; helping out on the soccer field; surfing and beach time; hiking and camping; taking my wife out for romantic getaways; movie nights; and training up for another ultra marathon. We move quickly in my house.

It’s rough out there, be good to each other. Do something kind for someone everyday even if it’s just a smile. A smile goes a long way.