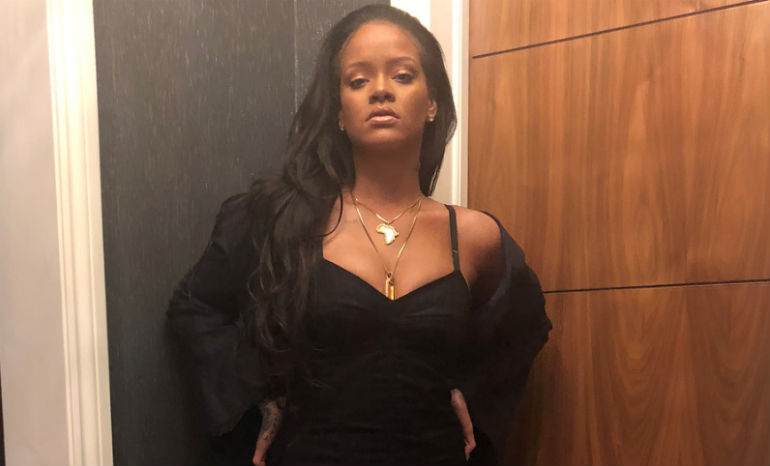 Now that the iconic, female-led Ocean’s 8 movie has hit theaters, it reminded us of how many musicians ultimately turn to acting. You may be surprised, but several musicians decide to switch it up a bit by appearing on-screen. When you see the Ocean’s movie, for example, you may see some familiar faces in the music world (SPOILER ALERT: It’s Rihanna), but she’s definitely not the only musician who’s dabbled in acting. Ready to find out which artists took a short break from music to see if they had any acting chops? Take a look:

Rihanna is true triple-threat: she sings, she dances, and she also acts! In honor of her role in the new movie Ocean’s 8, which was released this past Friday, let’s take a look at Rihanna and 6 other musicians who’ve made a second career in acting.

You ready for new episodes of @hiphopsquares? Catch me in the center square tonight starting at 10/9c on @vh1.

Ice Cube was a founding member of the rap group NWA in 1986 and just a few years later made his debut on the silver screen. Over the last three decades, he’s been in films such as Boyz n the Hood (1991), the Barbershop series, the Are We There Yet? series (also including its TV series), 22 Jump Street (2014), and Straight Outta Compton (2015).

Thank you for the amazing turnout tonight in Minnesota!! @hyvee @mallofamerica #wahlburgersmoa 🍔🍟❤️

Mark Wahlberg may be known now mainly for his acting, but he began as a musician! He was part of the boy band New Kids on the Block (with his brother Donnie Wahlberg) for only a few months before quitting. He made name for himself as the lead in the hip-hop group Marky Mark and the Funky Bunch and their massive 1991 hit “Good Vibrations.” In 1993, Wahlberg starred in his first movie The Substitute. He’s gone on to act in dozens of movies including Boogie Nights (1997), The Italian Job (2003), I Heart Huckabees (2004), The Departed (2006), The Lovely Bones (2009), The Other Guys (2010), Ted (2012), Transformers: Age of Extinction (2014), Transformers: The Last Knight (2017), and many more.

Thank you for all the birthday wishes! It's been an amazing year and I feel so blessed ❤️️❤️️❤️️

She’s got my back.

When 1 private show for @vevo turns into 3 more Private shows/mini tour in different cities for the company! Thank You New York for the Love last night!! #showkillas @vevo