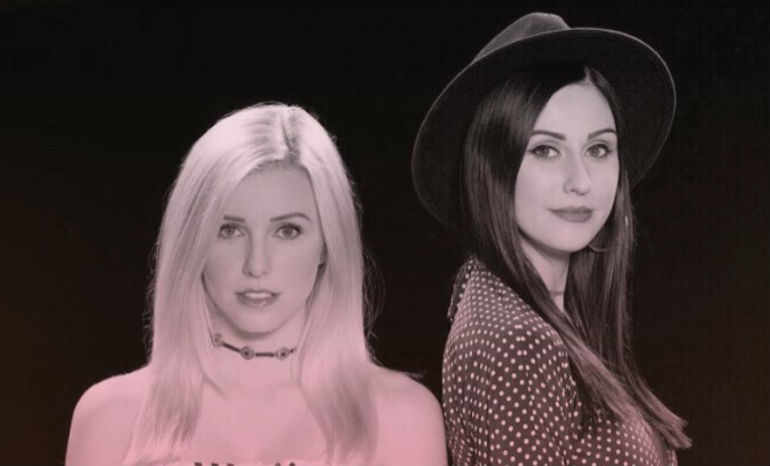 From creating original music to hosting their own radio show, sister duo, Savvy and Mandy, are ready to take the country music scene by storm! The two have performed on national tours and in some of Nashville’s most renowned clubs, which are just a few amazing things they have accomplished. We got to talk to them about their new music coming out this year and their new single, “Wildfire.”

Tell us a little about your new single. Can you describe the meaning behind it?

“Wildfire” is about an independent woman who is unapologetically herself and knows what she wants. If you play with her, you’re only going to get burned because, at this point in her life, she doesn’t want to fully commit to someone.

How does “Wildfire” differ from your earlier work?

We feel that “Wildfire,” lyrically, is much more of a mature subject than our older music. We feel that a lot of men and women are going through a lot of self-discovery at this age where they’re figuring out who they are and working on their careers, and don’t necessarily have time for a full-time relationship.

We heard you guys are also releasing an EP later this year. Can you give us some details on that?

We are! Mandy and I are so excited to show everyone what we’ve been working on for the past year. This EP will be different than anything else we have released thus far. The songs that we wrote for this EP mirror the things we’ve been experiencing throughout our life, relationships, and career. Release date TBA!

What’s it like working with your sister?  Would you two say it makes the process more difficult or a bit easier?

It’s really fun to work together because we are so close. We get one another. We are so lucky that we share the same dream and get to live it out together. It can definitely be frustrating at times and of course we can butt heads, but at the end of the day we are best friends who are there for each other during the ups and downs of life and the music industry.

Can you describe your typical songwriting process for us?

Sure! It just depends on the day to be honest. Sometimes, I will get inspiration when I’m just laying in bed, not being able to sleep, and all of the sudden a line or a song title come to mind and I will start building it from there and write it in my notes. Other times, when we are in a writing session, we will come up with the subject first, make a sound loop, and each write a whole story that comes to mind and pick our favorite idea at the end and clean it up a bit!

So, you all also have your own radio show on Radio Disney Country. What’s it like having a radio show? Is it something you’ve always wanted to get into?

It’s called The Savvy & Mandy Show and it airs every Tuesday at 3pm PST on Radio Disney Country, which you can find on the Radio Disney app. It’s been an absolute blast having our own show. We share our own stories from the road and throughout our career, play games, chat with fellow country artists, fangirl over the latest country news, etc. Radio has always intrigued us, but never did we think that we would have our own show! It’s incredible getting to know the other side of the music industry. There’s still so much to learn, but we have picked it up pretty quickly!

What else can fans look forward to this year?

We are really looking forward playing CMA Fest for the second time on June 9th at 10 A.M. on the Radio Disney Country stage, as well as the release of our debut EP, and touring the U.S.!

Go check out our new single “Wildfire” on iTunes & Spotify and follow us on our Twitter, Instagram, & Facebook to keep up with us and what we are doing! Thank you Soundigest! We love ya’ll.

Listen to their single “Wildfire” below!