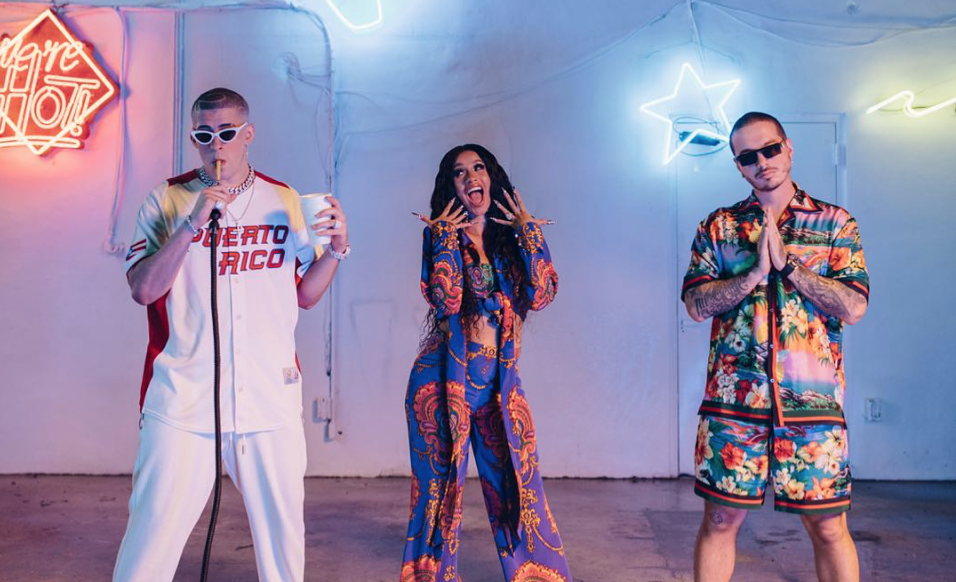 From “Umbrella” to “Call Me Maybe” to “Despacito,” these songs have all held the coveted title of “Song of the Summer” at one point or another. Whether it’s hip hop to latin trap to dance pop, there are a lot of different vibes coming for 2018’s song of the summer. So, from Memorial Day weekend to Labor Day weekend, be sure to add these songs to your vacation/poolside playlist:

Cardi B is set to continue her reign as queen of the summer with the latin trap hit “I Like It.” It’s impossible not to dance when you hear this song which makes it the perfect candidate for song of the summer.

Cardi B is once again a contender but this time as a featured artist on Maroon 5’s “Girls Like You” The sweet sentiment and tribute to women has already reached #4 on the Billboard Hot 100.

Post Malone just scored his second #1 hit with “Psycho” after 14 weeks on the charts. This rockstar isn’t slowing down anytime soon. He has a slew of hits from Beerbongs & Bentleys that are set to impact our poolside radios this summer.

Ariana Grande has made a triumphant return to pop radio with “No Tears Left To Cry.” Her fourth studio album Sweetener is set to be released on July 20. We’re hoping she releases some more promo singles but until then we have this timeless bop and collaborations with Troye Sivan and Nicki Minaj to keep us dancing.

What’s a summer without Drake? This female empowerment anthem has already spent 6 weeks at #1. He just announced a June 29 release date for his new album Scorpion. Also be sure to check him out on his tour with Migos later this summer.

“This is America” – Childish Gambino

This is probably the most timely song to come out of 2018 and Childish Gambino continues to prove that he is the GOAT. Although the song and video has some heavy imagery and themes, we fully expect this song to continue its impact throughout summer. Childish Gambino is going on tour with with Rae Sremmurd in September so we’re very much looking forward to seeing him then.

There’s just something about the way Post Malone shares his breakups via his music. None are as catchy as this one though. Even Taylor Swift had nothing but nice things to say about “Better Now” when she caught him backstage at the Billboard Music Awards. “Better Now is so insane. I’m so jealous of that song, that hook,” she said. Post Malone is everywhere and chances are you’ve probably caught him at a festival this past year. He’ll be headlining the Made in America Festival in Philadelphia over Labor Day Weekend.

Do we have any sleeper hits on our hands? These songs might just take us by surprise this summer:

Calvin Harris has had a streak of producing summer hits but this time it’s with pop’s newest superstar Dua Lipa. This tropical house hit is a classic choice for dance floors and pool party DJs.

Swoon! We wish Shawn Mendes could sing us this hit in person this summer instead of just through our radios. No doubt we’ll be hearing it a lot though!

This heartbreaking, relatable country jam has the potential to crossover to mainstream radio.

Demi might do it better “solo” but we’re living for this electrifying collaboration!

English singer-songwriter Ella Mai might’ve not expected to have such a big year so far. Her sultry single “Boo’d Up” has peaked at #6 on Billboard Hot 100.

Newcomer and rapper Juice WRLD has already reached with #9 on the Billboard with the emo influenced “Lucid Dreams.”

BTS has made plenty of history in the U.S. as a K-Pop group, but we have yet to really hear their music on mainstream radio. However, we’re hoping their newest single “Fake Love” can change that.

What are your predictions for the summer anthem of 2018? Did we miss any good ones? Tweet us @Soundigest.