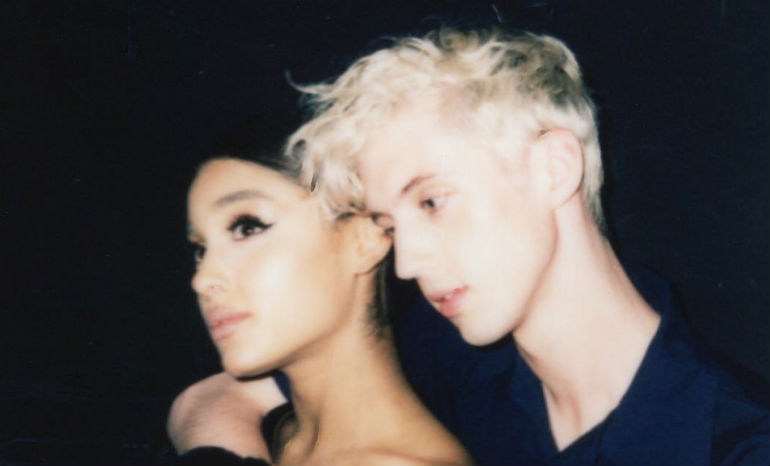 Good news, everyone! The Troye Sivan and Ariana Grande collaboration, “Dance To This” is out now! This is the fourth single from Sivan’s upcoming album Bloom, which is coming on August 31st. Back in February, Sivan announced that he’d recorded a track with his “pop queen,” Ariana Grande. After waiting four long months, the track is finally here and it’s one that’s addicting from the first listen.

“Dance To This” is fun and dark. The beat is more laid back than thumping. Mixing these elements creates a laid back track that is also one you can’t help but dance to. The guitar and electronic beats make for a grown up and mysterious sound. Sivan has whispers layered in the chorus, singing, “You know we’ve already seen all of the parties / We can just dance to this.”

The addition of Grande is the glistening light that completes the song. By adding in that trace of sweet and sexy, nobody other than Grande could have done this. When she joins in on the second chorus, it is what you be replaying in your head for the rest of the day. Fans are really loving the song and it’s peak release during pride month.

The absolute highlight of the song is the bridge before the final chorus. Starting with some Phil Collins-inspired drum beats, both Grande and Sivan hit a low pitch singing, “I don’t wanna sleep tonight / I just wanna take that ride.” It is a top notch pop music climax.

Although the album is not out yet, it seems to already be a staple. Sivan’s rise to pop stardom has been accompanied by both mellow and upbeat pop tracks. “Dance To This” stays consistent with Sivan’s positive and fun style. His album is surely going to be a huge stepping stone into his career. Having Grande, whose new album Sweetener is also coming this summer, makes the song even better. The pop duo’s collaboration is one we never knew we needed until now.

Check out the song below and make sure to pre-order Bloom before its August arrival.