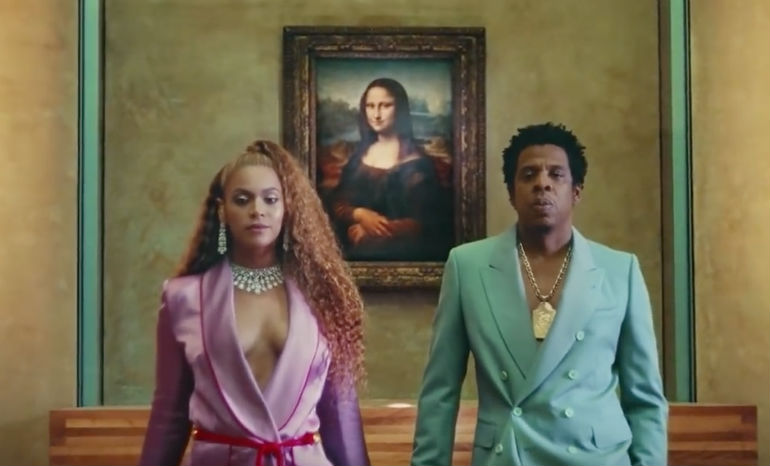 Whether you consider yourself part of the Beyhive or not, the truth is, we all care when Beyoncé drops an album, and this past weekend, she dropped a collaborative album with her husband Jay-Z called Everything is Love.

If you’ve logged into Spotify or Apple Music and noticed that the new release is not streaming, that’s because at the moment, it’s only available on Jay’s streaming platform, Tidal. To listen, you can sign up for the streaming service, which costs $9.99/month. The good news is, though, that you can get the first six months free, which means that if you’re desperate to listen to nine new Bey and Jay tracks, all you have to do is sign up!

From what we’ve heard so far, it seems like Everything is Love is the final installment of the trilogy which also includes Beyoncé’s last solo album Lemonade, and Jay’s 4:44. Both of those albums delved into their personal lives, and more specifically, their marital issues. On Everything is Love, however, the two seem to be focused more on how they’ve grown and become stronger because of everything they’ve gone through. In other words, they’re still the reigning king and queen.

Over the span of just nine songs, the album includes so many different elements, including taking shots at Spotify, the NFL, The Grammys, Kanye, and yes… Donald Trump. It’s not all drama, though, because one of our favorite parts of the album came at the end of “Boss,” when Blue Ivy took over the mic to say, “Shoutout to Rumi and Sir. Love, Blue.” So cute!

Upon first listen, we have to admit that our favorite song off the entire album is probably “Apesh*t.” This track is without a doubt going to be a fan favorite at their joint On The Run II Tour, with one lyric that says, “Have you ever seen a crowd going apesh*t?” Also, this song is the only song on the album thus far with an accompanying video, which was set in The Louvre. And, let us be the ones to tell you… it’s BAD ASS!

Check out the tracklist for Everything is Love here, and then check out the incredible “Apesh*t” video down below!

What do you guys think about Beyoncé and Jay-Z’s collaborative album? Let us know in the comments section below, or tweet us your thoughts @soundigest!