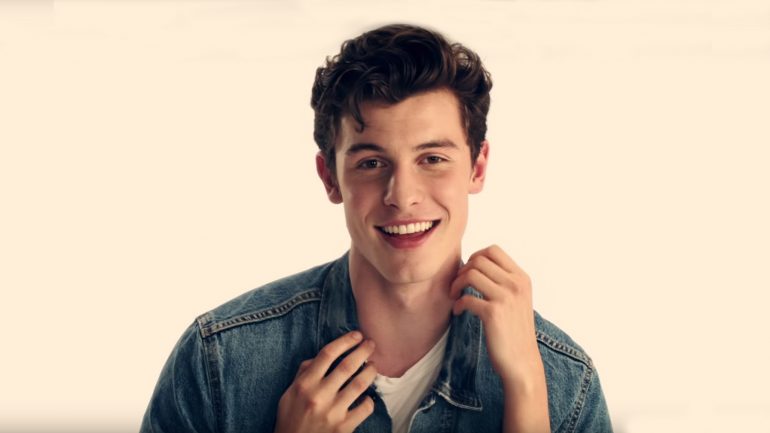 Shawn Mendes released the music video for his latest single “Nervous” last week from his new self-titled album Shawn Mendes. The song is one of my personal favorites on the album and is one of Mendes’ most radio-friendly singles yet. Mendes sings in falsetto over the upbeat guitar riffs and thumping bass. For the video, directed by Eli Russell Linnetz, Mendes decided to keep it very simple.

Mendes sits on a case with his guitar and sings directly into the camera for the entirety of the video amongst a white background. Clad in a denim jacket and black jeans, he emulates James Dean. A pair of hands that aren’t his touch various parts of his body and face while he sings, eliciting some smiles, laughs and “nervous” reactions (pun intended) from Mendes.

The song is about the way that Mendes feels (nervous) when he is with a girl that he likes. He describes how they met in a cafe, walked through the rain together, and that she invited him to come up to his apartment. Throughout their relationship, he is nervous and excited, but promises he will “be ready” when he walks through her apartment door. This is one of a handful of songs where Mendes coyly explores adulthood themes.

“Nervous” is co-written by Julia Michaels, Scott Harris and Shawn Mendes. The song is produced by Teddy Geiger and Shawn Mendes. Its melody is reminiscent of Selena Gomez‘s, “Bad Liar,” which was sampled from the song “Psycho Killer” by the Talking Heads. Michaels also wrote “Bad Liar” and appears on another track off of Mendes’ album, “Like to Be You.”

You can watch the video below. Leave us a comment or tweet us (@Soundigest) with your thoughts on the song and the concept of the video!